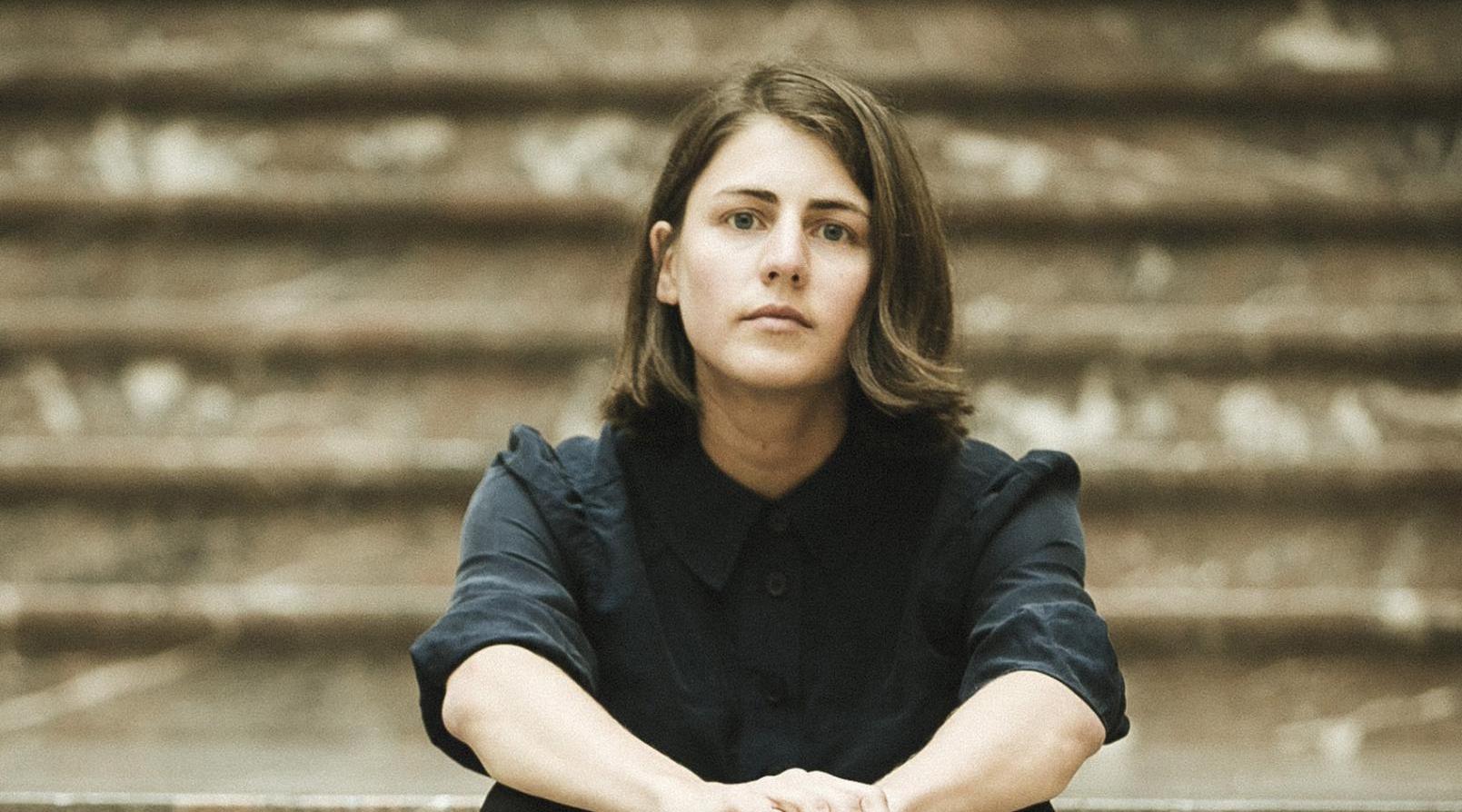 In partnership with ONDRAF/NIRAS (the National Agency for Radioactive Waste and Enriched Fissile Materials), the Belgian National Orchestra has commissioned visual artist Eva L’Hoest to work around four works of twentieth-century music to create a performance that reflects poetically on the long-term consequences of our nuclear activity. As well as adults, the performance is aimed explicitly at the new generation: how do young people see the heritage of over half a century of nuclear activity? We speak to Eva L’Hoest.

What does your practice consist of, as a visual artist?

For several years now, I have been making installation films that extend to the medium of sculpture, virtual reality, 3D printing and more recently glass engravings. I studied videography, which comes from a combination of two actions: looking and writing. I think that this combination leaves its traces in the images I construct today.

Most of my pieces are made thanks to the tools of CGI: computer-generated imagery or digital animation. In cinema, CGI is often used to serve a fictional storyline, or as a propaganda tool such as advertising, plane crash demonstrations... For me, it is a new ramification in the vast genealogy of moving images, which brings a new mode of craft that carries with it the witness of an era. The tools of CGI confer to the images a new space-time, out of the frame. The elements can be extended from the timeline in a sculptural form thanks to 3D printing, digital milling technologies,... For me, it's a beautiful analogy to the fact that the digital is making the worlds more and more permeables, between what belongs to the thought, the real, or the simulation. It proposes new types of fiction and new paradigms. You start out from an empty space to construct a complete world. There is something cosmogonic about it, close to the time of writing.

You always do a lot of substantive research. What are you doing in preparation for the Nuclear Age performance?

For this project, I draw my inspiration from the work and writings of archaeologists, engineers, architects, and by exchanging with the members of NIRAS and the HADES laboratory in Mol. My collaboration with archaeologists from the University of Leuven nourishes my research, specifically on the notion of temporality and burial. Archaeologists and geo-archaeologists have an ability to reanimate the immutable, to visualize the invisible such as the slow metamorphoses of the landscape and their impact on the living. In a more anthropological way, they also question the way in which waste and its treatment characterize a civilization. Some of the civilizations that they study have writing forms that are not yet deciphered. Their study raises questions about the transmission of knowledge over thousands of years: a vertigo that is central to the nuclear issue.

The starting point for the Nuclear Age performance is based around four twentieth-century works. Do you have an affinity with (classical) music?

I would say that my introduction to classical music began in violin lessons at the age of seven. I still remember a sung score by Jean-Sébastien Bach. I have also always loved the whole range of sensations that accompany instruments; the scent of resin on the bow's hair, the scent of the woodwork from the instruments' bodies,... Their more noisy accompaniment as well, like the hubbub of the musicians tuning, the tap of the fingers on a piano note. Classical music later followed me through films that were important in my introduction to the cinema. Michael Nyman's work that I discovered in Peter Greenaway's films, Sergey Yevtushenko in Alexandre Sokourov, Nicola Piovani with Nanni Moretti, Terry Riley in Alexander Whitelaw's film... but also Johannes Brahms, Dmitri Chostakovitch, Prokofiev. These are soundtracks and composers who have counted from adolescence till today.

Sound is central to my practice. You might say that CGI images in particular need sound work to bring them to life, warm them up and achieve depth... I have always collaborated with composers who have a strong sensitivity to images or are visual artists themselves such as François Boulanger (ssaliva), Christina Vantzou or John Also Bennett. I like to work with musicians for whom the transfer between analog and digital is a creative lever, and who treat these transfers in their own unique way.

I was also recently inspired by the works of Adolphe Appia, a pioneering scenographer and lighting designer who staged Wagner’s musical dramas through phenomenal drawings. He was one of the first to play with theater three-dimensionally thanks to his understanding of the artificial light.

That’s right! This music is crucial to the images I create. Especially in terms of the content. I build the images on the semiotics of the works that are performed. The opera Akhnaten takes us to ancient Egypt. This is exciting material to work with. The pharaoh Akhnaten also marks the beginning of monotheism, the belief in a single deity, a single source of energy. In Stravinsky's Firebird, I am also inspired by the author's biography, his connection with Disney Studios and Fantasia. This is implicitly linked to the history of special effects studios and the advent of CGI. The Firebird itself is also a figure that contains a form of duality, it can bring misfortune and happiness at the same time. What saves and what destroys. The poison and the remedy. That contrast is nowhere as apparent as in the case of nuclear physics, which can be a saving technology or a destructive power. The same contrast is also found in Sibelius’ Swan and the legends of Kalevala. Liquid Marble by Anders Hillborg, the most recent work of the four, is to me an almost direct representation of what happens in a reactor chamber, with all the vibrant danger that plutonium represents.

For this performance, you are working closely with ONDRAF/NIRAS. Had you heard of this organization and its activities – seeking long-term solutions for the storage of nuclear waste - before?

No, this was a new world for me. The ball really started rolling for me during the Covid crisis, as it did for many others. The debate around nuclear energy has taken on a more prominent dimension, especially through the way the pandemic explicitly highlights the issue of energetic codependency. A branch of this debate brings the problem of storing nuclear waste and, among others, our economic capacity to maintain the nuclear power plants in good working order. The act of sealing off a mass for an indefinite period, completely isolated and for an undetermined time also resonated to me with the sanitary crisis. I was greatly impressed by a visit to the ONDRAF/NIRAS facilities. In a tunnel, 225 meters below ground, they have been researching different storage methods for decades. That is completely beyond our time span.

The performance is not aimed solely at adults but young people too. What can they expect?

An emotional charge, I hope so. That’s what I always strive for, separate from any theoretical context, although that is important in the development of the work. The images will be the result of a number of anecdotes, news items and enigmas that I hope will arouse the viewer's curiosity. And of course, everything will be intensely connected to the overwhelming music played by the Belgian National Orchestra.