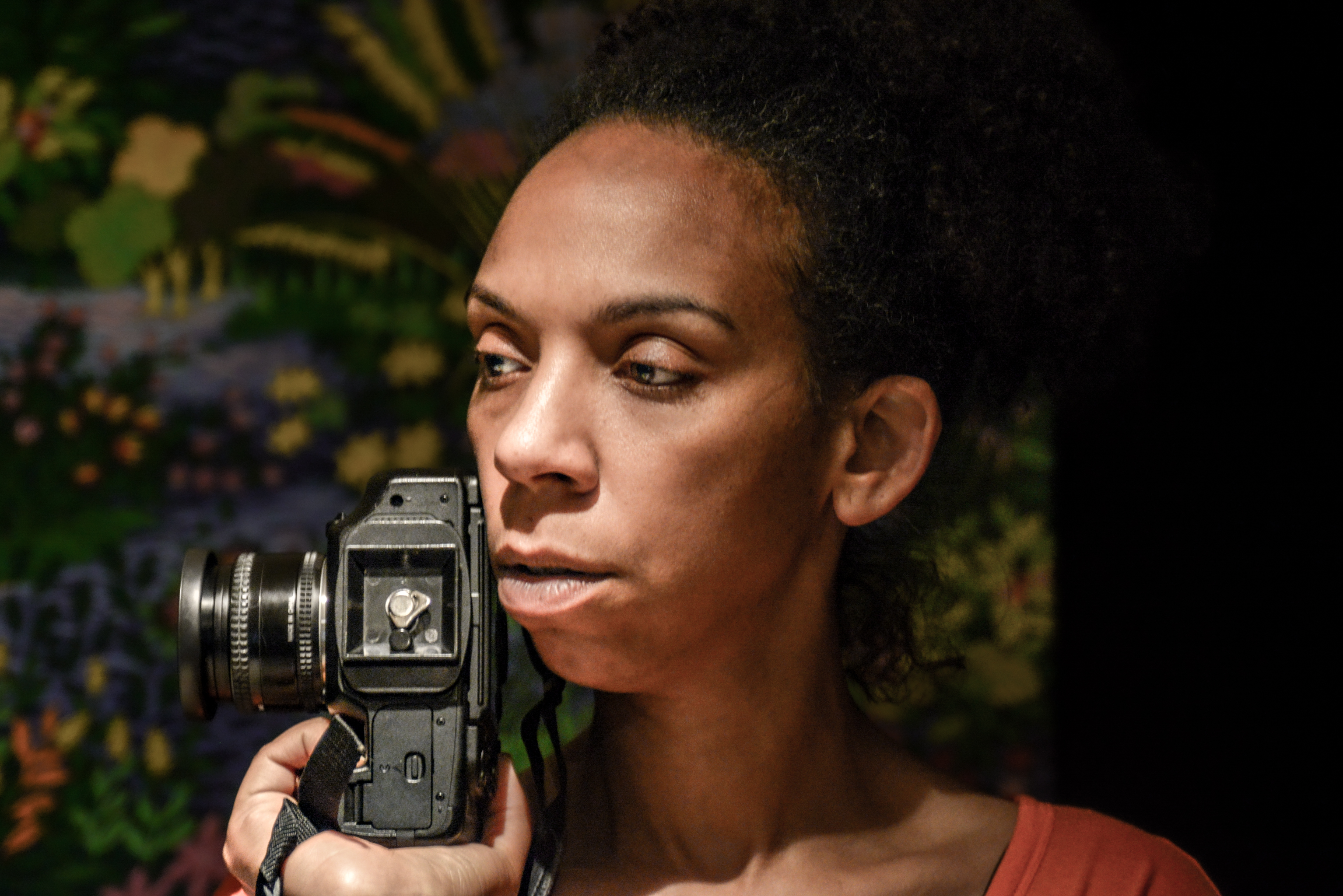 In our new season brochure ‘Promised Land’, you will not only find concert announcements but also a lot of pictures of Brussels street art. These photos were taken by the Belgian photographer Nafissa Yaouba. The most remarkable among them is probably the one on the cover: a photo of a wall painting on a facade close to station Forest-Est, made in 2017 by Samuel Idmtal, Orlando Kintero and Julia Eva Perez. The theme? Brussels as a ‘world city’, or the way in which newcomers enrich and color cities by their presence - expressed in this work of street art by a young woman with a paintbrush, coloring Brussels houses. This and other works of street art were the starting point for a fascinating series of photos by Nafissa Yaouba, structured around the theme of ‘Promised Land’.

Some years ago, Nafissa Yaouba, a woman with a husband, two children, a house and a job in sales, decided to change her life in the most radical way. She left her husband and her job, bought a camera and started to make portraits of women. During the health crisis, she founded the organization Women We Share. The goal? To put strong women and their everyday activities in the spotlights, as a source of inspiration for other women. Convinced that creative, innovative and visionary women always existed, but that history sometimes put them in a backseat. Women We Share – now a collective of photographers – shares faces of contemporary women who are shaking the codes of our society. Personalities that have to tell something in sports, the cultural world or in entrepreneurship. Women who write their own history. The photographic work of Women We Share shows them in majestic chairs, previously the exclusive domain of powerful men, and with banners in their hands.

Commissioned by the Belgian National Orchestra, Nafissa Yaouba searched for street art around the theme of ‘Promised Land’ in the city of Brussels. She herself realizes her ‘promised land’ in her photographic work. And she sees the ‘promised Land’ of a lot of Brussels artists visualized in street art, a scene she knows for many years. “Street art is a very special medium,” Nafissa Yaouba says: “because on the one hand, it can be very underground and on the other hand, it can be part of the official art circuit where individual pieces, ripped out of their context, are sold for a lot of money.” In the series of photos she made for the Belgian National Orchestra, both less-known and famous works of street art, both works that were created on commission and work that was made illegally overnight, play their role.

The beautiful thing about street art is that the work as such can’t be photographed: there is always an interaction with the surroundings. The wall on which the street art is painted, the cables and gutters that run through the work, the balcony from which the photo is taken, the sky surrounding the work and the light that shines upon it … “For this series of photographs, I wanted to work around the theme of freedom,” Nafissa Yaouba explains, “and my tools were street art on the one hand and the sky on the other hand.” The ‘golden hour’ – one hour after sunrise and one hour before sunset – was the perfect moment for taking photos. “Street art is at its most beautiful when the night slowly falls on it.” 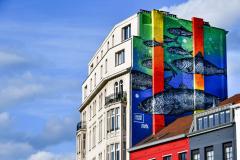 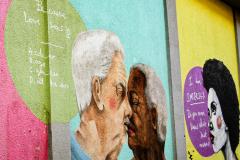 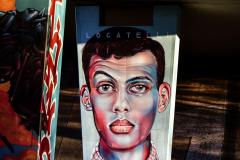 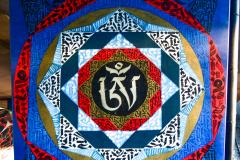 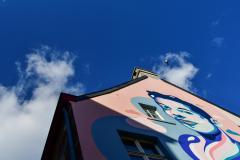