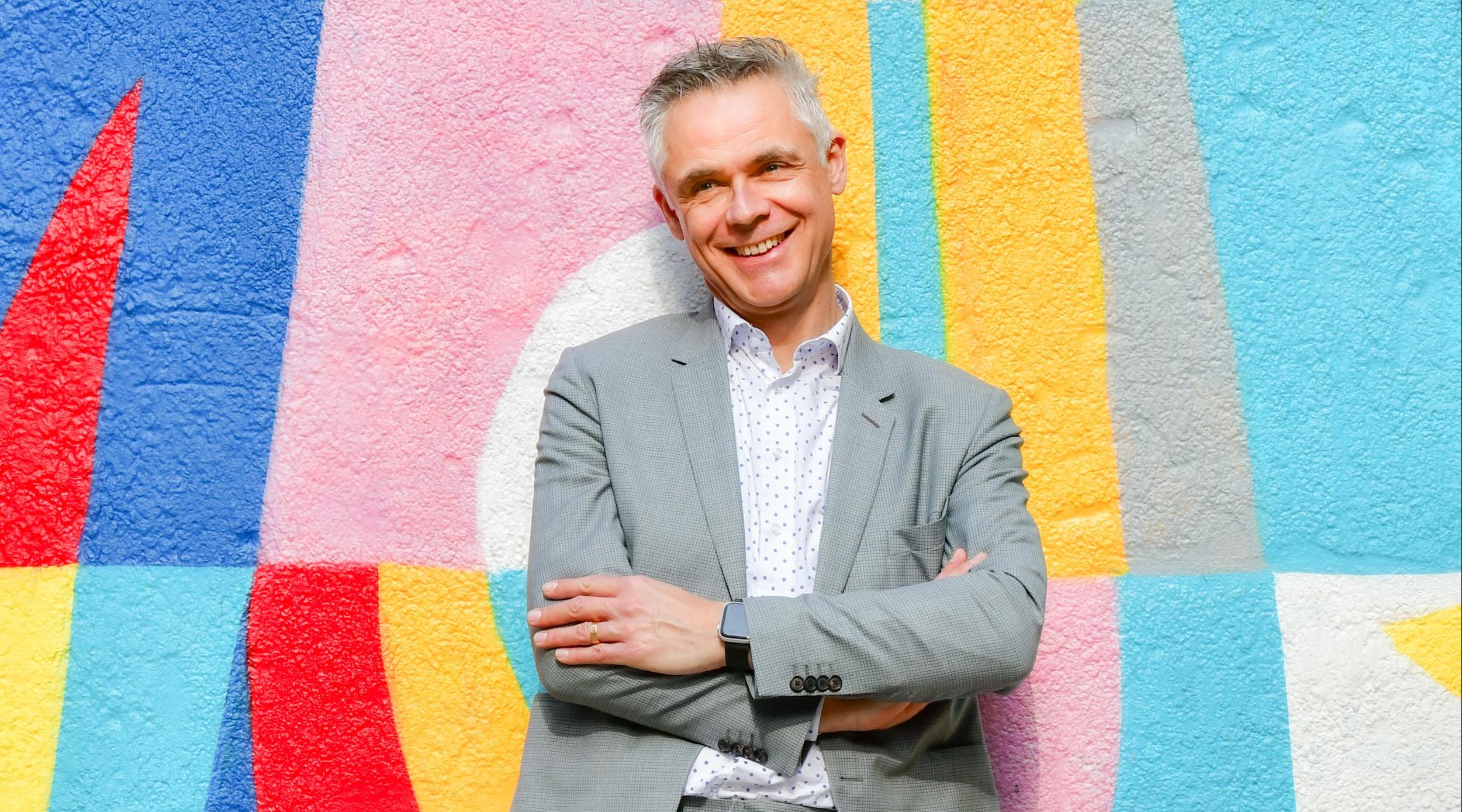 The outbreak of war in Europe has suddenly given a totally new significance to this season’s theme, ‘Promised Land’. From one day to the next, we have become aware that a notion such as ‘the promised land’ doesn’t come out of nowhere but is often born of extreme necessity. As this booklet goes to print, we see a new exodus, a new wave of refugees. Millions of people are making their way towards somewhere that has to be better, away from war and destruction.

As the darker sides of history repeat themselves, in spite of thousands of years of civilisation, it is important to recognise that, as well as intense suffering, migration stories also bring creative energy and constructive identity. Many of the works that the Belgian National Orchestra will play this season are the result of relocation, forced or otherwise, an exodus to a ‘Promised Land’. Composers went in search of new destinations, taking their own cultures with them while absorbing new elements, which spurred them on to new creations that still resonate to this day. Art added a new dimension to ‘Promised Land’.

During this season, we first explore the biblical roots of ‘The Promised Land’ through a composition by Ernest Bloch: Schelomo. This is followed by Dvořák's classic Symphony No.9, “From the New World”. For a long time, the United States was the promised land for many European composers, including Kurt Weill, whose Four Walt Whitman Songs we will also be performing. And we are devoting a whole festival to Sergei Rachmaninoff, the composer who sought his fortune in America following the Russian Revolution.

However, America was no bed of roses: for the African-American community, whose ancestors were forced to cross the Atlantic Ocean, the idea of ‘The Promised Land’ has a bitter aftertaste. In this context, we are proud to present work by Antony Davis and George Walker, among others.

Another people in search of the promised land and faced with an eternal exodus are the Roma. No other music has had as profound an influence on musical history as that of the gypsies. We illustrate this with Brahms’ Hungarian Dances and the Romanian Rhapsody by George Enescu.

We also recall the Islamic-Arabian heyday of Al-Andalus with a genuine Flamenco concert. After all, Flamenco culture is another example of how, as an exodus fades with time, its influence continues to create new works of unprecedented power. Identities are enriched through exchange, through being open to ‘the other’.

The orchestra itself sees a number of major changes this season. First of all, we welcome Dutchman Antony Hermus as our new Principal Conductor. Not only is he an extremely talented musical personality, he is also a man of great social commitment.
The best work is teamwork. As well as Antony Hermus, we have also acquired the services of two more outstanding talents: the exceptionally experienced Danish conductor Michael Schønwandt and the young revolutionary Roberto González-Monjas as Principal Guest Conductor. You can also expect some exciting debuts from the likes of Eva Ollikainen, Karin Hendrickson and Anja Bihlmaier.

I am extremely happy that we have been able to engage the greatest soloists for you again this season. We kick off with our opening concert featuring the American star violinist Hilary Hahn. Soprano Angela Gheorghiu, baritone Thomas Hampson and violinist Arabella Steinbacher are just some of the names also appearing in our line-up. Under the label ‘Young Golden Star’, we identify talented musicians who have made a name for themselves abroad, and who really ought to be discovered here in Belgium, such as the Belgian cellist Camille Thomas, the French pianist Alexandre Kantorow and the young Swedish violinist Daniel Lozakovich.

I am also very excited that this season, in addition to our concerts in Belgium, we have scheduled no fewer than sixteen concerts abroad. A prestigious tour of Great Britain with pianist Paul Lewis, a Spanish tour that takes in Madrid and Barcelona, and performances in dream locations such as the Paris Philharmonie and the Großes Festspielhaus in Salzburg demonstrate our standing as an orchestra. It’s always good to see that the quality we bring here in Belgium is also appreciated on the major international stages.

Innovation and tradition, our identity

Our new Principal Conductor starts his tenure with a Belgian piece by Wim Hendrickx, and later in the season he will also conduct the world premiere of the first symphony by Jean-Luc Fafchamps – a statement of his intent to give pride of place to contemporary Belgian work during his tenure.

You will also find plenty of innovation in our productions. For example, for the new production of Glass & Stravinsky Firebird, visual artist Eva L’Hoest has created a video work in collaboration with our orchestra and NIRAS, using four twentieth-century musical works as points of departure to reflect on the nuclear era and our massive energy consumption.

We will also introduce some new concert formats this season. Under the title ‘Film Symphonic’, we present cinema classics with live music. The curators of this series are none other than Frank Strobel and Dirk Brossé, both experts in the genre. Our ‘Symphonic Hour’ format offers short concerts on Friday evenings, with no intermission.

I am looking forward to exploring the promised land together with you during our season over the coming months!