“The master goldsmith at the piano” – Le Monde

Nelson Goerner is one of today’s greatest classical pianists. He is heralded for his performances of the highest art and poetry, while at the same time possessing exhilarating and masterful conviction.

In the 2019-20 season Nelson Goerner will give recitals on some of the world’s most important stages, including Paris’s Théâtre des Champs-Elysées, London’s Wigmore Hall, Brussels’ BOZAR and Toulouse’s Cloitre des Jacobins, and give concerto appearances with La Monnaie Symphony Orchestra and Alain Altinoglu, the Orchestre Philharmonique de Radio France and Myung-Whun Chung, and the Luzerner Sinfonieorchester under Lawrence Foster.

“Majestic in Chopin, unquestionable in Debussy, the Argentinian pianist Nelson Goerner is one of those discreet artists whose career is immense.” – Le Monde

Nelson Goerner has a strong relationship with the Mozarteum Argentino in Buenos Aires and enjoys a long association with the Chopin Institute in Warsaw, where he is a member of the artistic advisory committee. He has released several albums of unusual repertoire on the Institute’s own record label, the latest, in 2019, featuring works by Godowski and Paderewski, including the latter’s monumental Variations and Fugue op.23. His recording of the Chopin Ballades and Nocturnes was recognised with a Diapason d’Or.
“Goerner’s Chopin was special right from the start of his career, but it has matured into something remarkable now…5*/5*” – BBC Music Magazine, Instrumental Choice

Nelson Goerner records predominantly for Alpha Classics and his discography for them includes works by Chopin, Beethoven, Brahms, Debussy, Schumann, Fauré and Franck. Many of Goerner’s albums have been named “reference” recordings. Accolades include: Diapason d’Or of the Year for his recording of Debussy; BBC Music Magazine’s Recording of the Month for his album of works by Schumann; Choc de Classica and Diapason d’Or for his Chopin Preludes album; plus resounding critical acclaim for his recording of Beethoven’s Hammerklavier Sonata Op 106.
Details of Nelson Goerner’s complete discography can be found here.

Nelson Goerner was born in San Pedro, Argentina, in 1969. After studying in Argentina with Jorge Garrubba, Juan Carlos Arabian and Carmen Scalcione, he was awarded First Prize in the Franz Liszt Competition in Buenos Aires in 1986. This led to a scholarship to work with Maria Tipo at the Geneva Conservatoire, and in 1990 Nelson Goerner won the First Prize at the Geneva Competition.
Nelson Goerner lives in Switzerland with his wife and son. He is a proud and active supporter of the humanitarian organisation, Ammala.
“Quiet greatness……Tempestuousness and with a mature sense of calm, silken gestures and predatory attacks….all alternate with astonishing results.” – Leipziger Volkszeitung 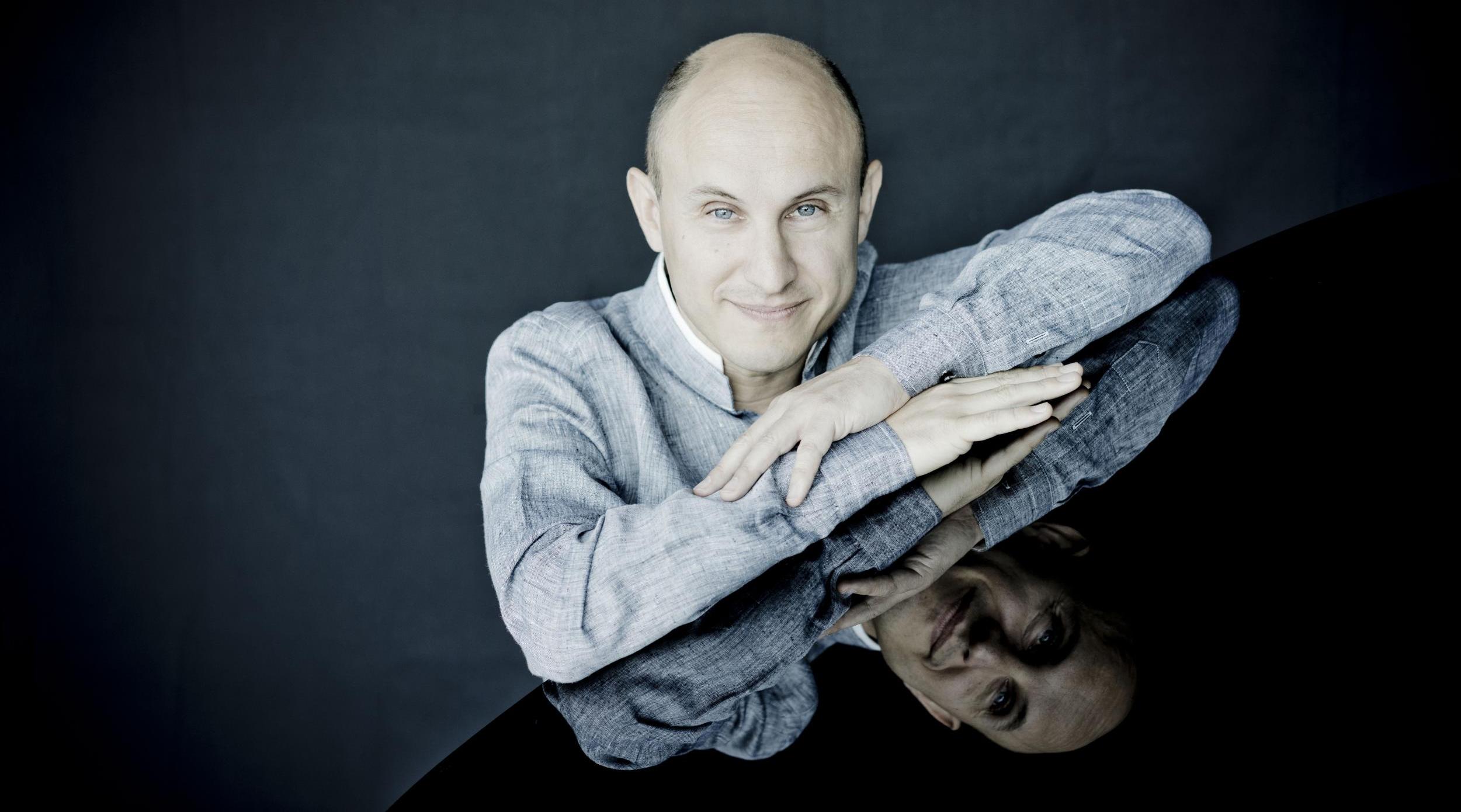