A conductor whose international reputation is built on repertoire of unusual stylistic diversity. Frank Strobel has long been recognised as a leading figure in the space where film meet music. In particular, he has played a crucial role in bringing film concerts into leading opera houses and concert halls.

From the 21/22 season he assumes the role of Chief Conductor of Cologne’s WDR Funkhausorchester.

Frank Strobel grew up in his parents’ cinema in Munich. As a 16-year-old he obtained a piano score of the original music for Fritz Lang’s cinematic masterpiece Metropolis. He arranged it for two pianos and then played it to accompany the film, with such success that many more such screenings followed. In 2008 an original copy of Metropolis was discovered in Buenos Aires; two years later a fully restored version of the film was premiered at the Berlinale, with Frank Strobel conducting the Rundfunk-Sinfonieorchester Berlin.

In 2006 at Dresden’s Semperoper he conducted the Staatskapelle Dresden to accompany a reconstruction of the film of Der Rosenkavalier with Richard Strauss’s original music. Having reconstructed Sergei Prokofiev’s music for Eisenstein’s films Alexander Nevsky and Ivan the Terrible, Strobel conducted the first performances of his realisations at the Musikfest Berlin. Further performances followed at the Vienna Konzerthaus in 2017.

Another important collaboration with the Musikfest Berlin came to fruition in 2019 in both Berlin and Lyon: Abel Gance’s seven-hour silent epic La Roue, with a score specially assembled from 117 works written by French composers between 1880 and 1920.

In 2002 Frank Strobel and Beate Warkentien established the Europäische Film Philharmonie, an institution dedicated to the artistic development of music and film in the concert hall. This has given rise to such ambitious projects as Matrix Live at London’s Royal Albert Hall.

Of special significance in this context is Strobel’s role as an adviser to the TV station ZDF/ARTE on its programming of silent films and this has resulted in notable performances of silent films to the accompaniment of legendary musical works.

Frank Strobel has been particularly at home in the French music scene for some time. He conducted the film music for the feature film "Kaamelott: Premier Volet" by producer, actor and composer Alexandre Astier in spring 2021. The premiere of the film music concert "With a smile" took place under his direction at the Philharmonie de Paris with the Orchestre de Paris. 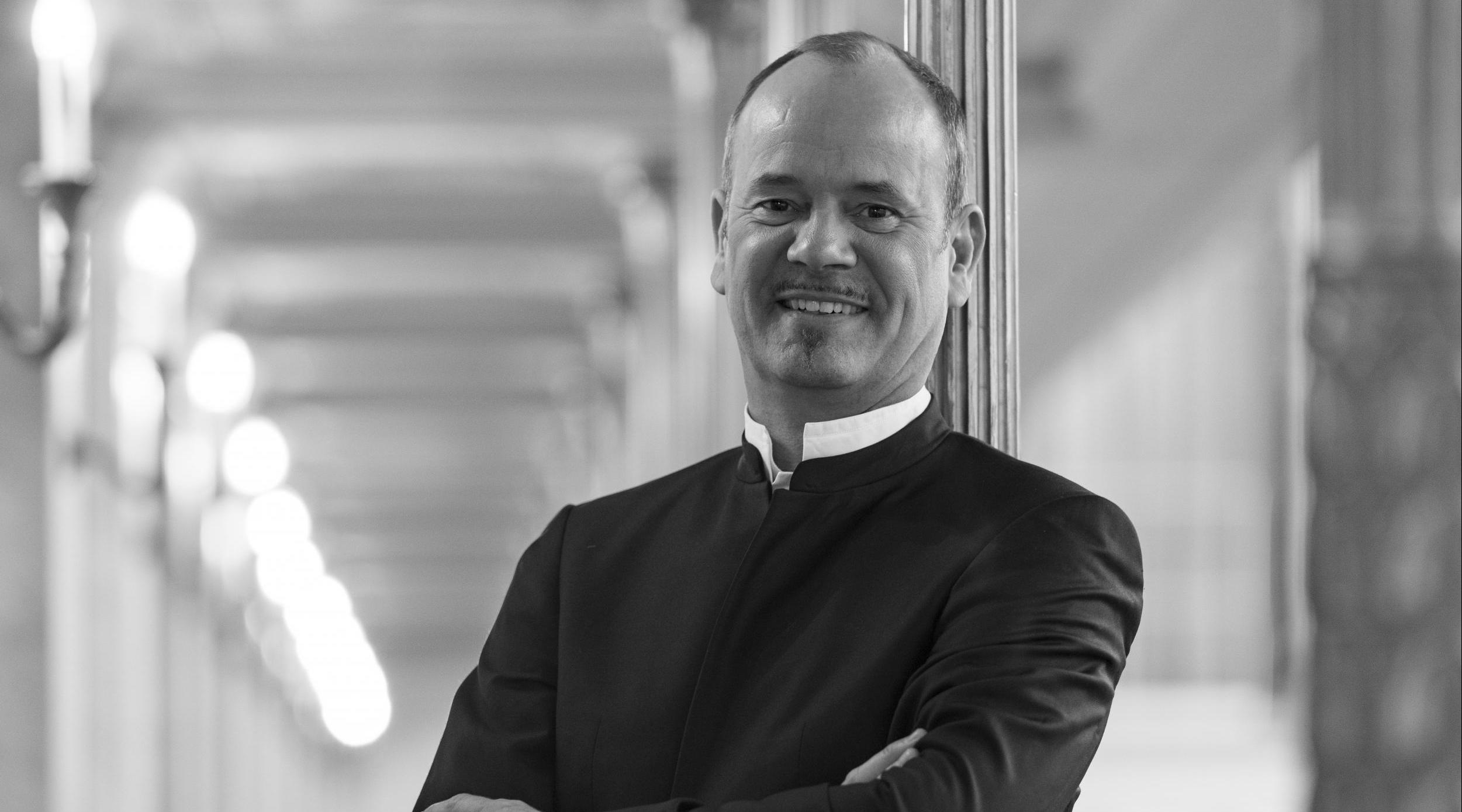