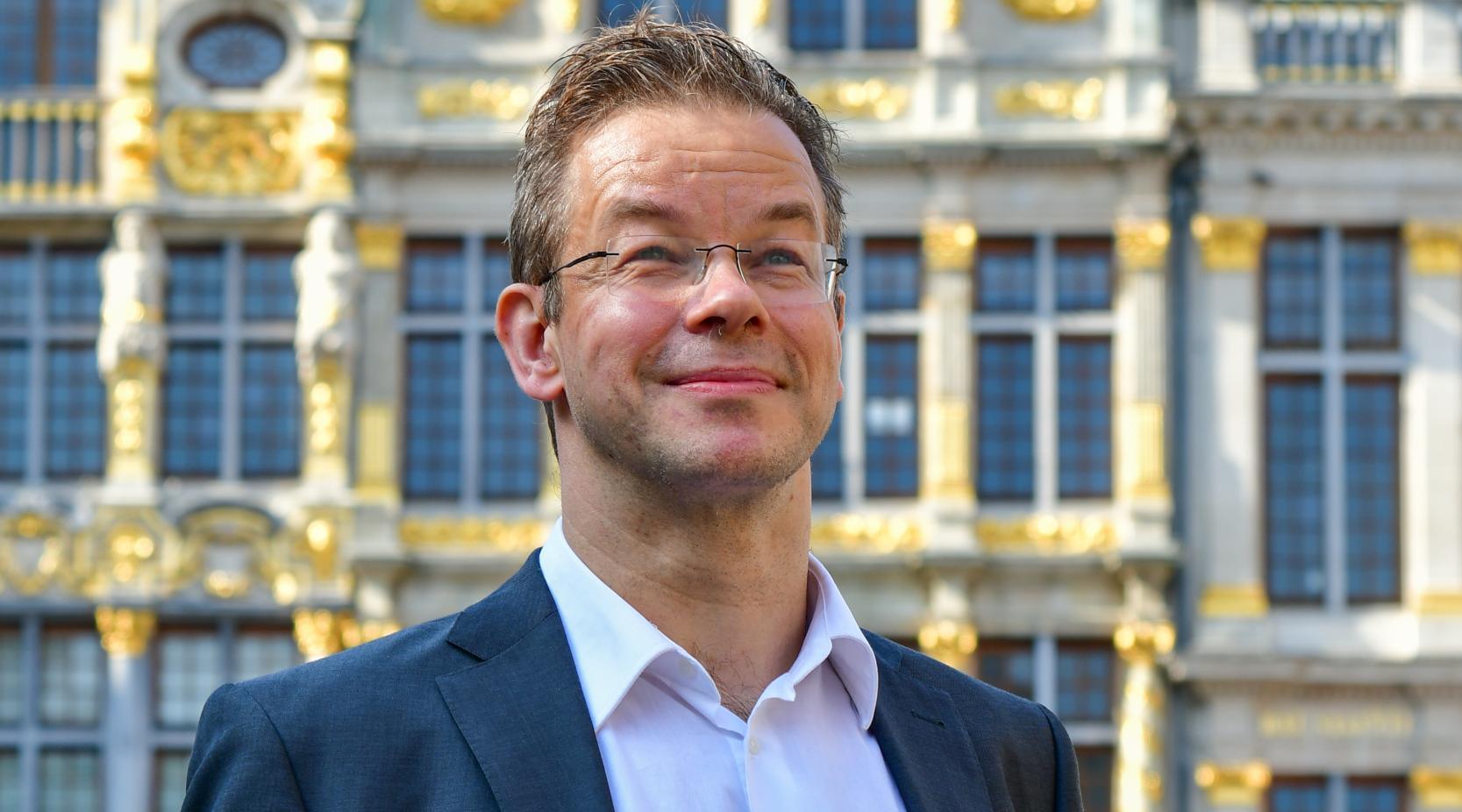 Incoming Principal Conductor Antony Hermus (1973) is a successful concert and opera conductor whose career began at the Theater Hagen. He quickly rose from rehearsal director to music director. Between 2009 and 2015, he was music director in Dessau, where he conducted his first Ring Cycle among others. His work in Dessau won him nominations for ‘conductor of the year’ three years running from the German magazine Opernwelt. Today, Antony Hermus conducts all the major Dutch orchestras and is also a regular guest in Germany, the United Kingdom, France, Sweden and Ireland. He is also the Principal Guest Conductor with both the Noord Nederlands Orkest and Opera North, a renowned British opera company based in Leeds. You can find all this information on his website, but how does Antony Hermus see it? It’s time to get to know him!

Do you come from a musical family?

Somewhat, yes. My father conducted the church choir and thought it important that we receive music lessons. I took piano lessons, at a certain point I also started playing the organ, and I soon got involved with a youth choir: the Oosterhoutse Nachtegalen. Now, at the time it was by no means certain that I would dedicate myself solely to music. My parents didn’t think it was a good idea initially. As I’ve always had a wide range of interests, I first studied Administrative Information Science in Tilburg. I finished the course! I even worked with that diploma for six months... but in parallel to these studies I also started studying the piano under Jacques Detiège at the conservatoire. I was playing the piano anyway...

And how did you end up conducting?

There were two significant moments for me. At the age of 14th I had to turn pages for a piano piece from Carmen. I was watching the stage the whole time and completely forgot to turn the pages. That experience was a bolt from the blue for me. Carmen ended up being my conducting exam piece at the conservatoire. When I was 17, I had my second ‘initiation experience’. I was playing the Grieg piano concerto as a soloist with a very good amateur orchestra somewhere. However, the conductor was ill and they wanted to cancel the rehearsal. However, I wanted it to go on and worked with the orchestra myself. It went surprisingly well!

There must have been a turning point at one moment: the decision to dedicate yourself completely to music.

Indeed! At one point, I went to Jac van Steen, principal teacher of orchestral conducting at the Royal Conservatoire of The Hague. He let me join his class. In the first year, when I was still combining everything, he failed me and told me I was doing far too much. On his advice, I quit my job and spent a year just studying with him. After that, he arranged a traineeship for me with Theater Hagen. Being a rehearsal director, an assistant... that’s a real learning experience! Playing piano in rehearsals, dealing with vocalists, holding auditions, conducting the choir behind the stage, giving lighting cues... 25 hours a day! There aren’t many things in a theatre that I haven’t done. Then on the 20th performance of some operetta or other, the Principal Conductor falls ill, and you’re sent into the box yourself. No rehearsal, no preparation. I was 25 at the time and learned so much that way. I was also lucky to have a Principal Conductor who was well disposed towards me. I was his assistant and he was my teacher. For me, my first years in Hagen were a kind of extended education.

In Hagen, you became Principal Conductor yourself...

That’s right! After five years, when I was 28 and had risen to Musical Director, the Principal Conductor called it a day. The orchestra, which had always been very kind to me, held a vote on me. I later found out that they had voted for me unanimously. I did negotiate robustly before saying yes. I would only take the role if I was assured that the 68 jobs in the orchestra would remain. And that worked. Of course, I was a hero to the members of the orchestra! I ended up as the Principal Conductor in Hagen for five years. I didn’t take the option of extending my contract as I wanted to continue my development elsewhere. That turned out to be Dessau, where I was offered the role of Principal Conductor after one rehearsal. In Dessau I really did conduct everything: Turandot, Lohengrin, Der Ring… Artistically, that was an incredibly educational period.

But you didn’t accept a contract extension there either.

During that period, my mother passed away, and things like that get you thinking. I had to ask myself at a certain moment: why am I here, 800 kilometres from my family, waving a stick in the air? So then I went back home to the Netherlands. The Noord Nederlands Orkest offered me the position of Principal but I turned it down. There’s a lot involved in that role. But I did become a regular guest conductor. And I combine that with being a guest conductor with Opera North, where I do one production a year. In the weeks I spend with that opera company, I do everything I can.

You’re also known for having a lot of time for young people.

As an experienced musician you’re obliged to nurture young talent; I believe strongly in that. I have indeed been an artistic adviser to the Nationaal Jeugdorkest since 2015. As Principal Conductor of the Belgian National Orchestra, I also plan to focus a great deal on educational projects. An initial example of that is Nuclear Age, the performance in partnership with visual artist Eva L’Hoest and ONDRAF/NIRAS. There will be simultaneous family and school performances.

Do you sometimes worry that classical music is a dying phenomenon?

No, I don’t believe it is. I once assembled a programme titled ‘What’s on the iPod of David Bowie?’ It seems he was a big fan of John Adams’ Short Ride in a Fast Machine, Richard Strauss’ Vier letzte Lieder and the “Heroes” Symphony by Philip Glass. We played these works for an audience of 1,500, lured by the bold title. And believe it or not, the place went crazy! That was a key experience for me. Since then, I have been resolute in my conviction that everyone loves classical music. However, not everyone knows it yet. It’s up to us to present classical music in a good, accessible way.

What does the seasonal theme, ‘Promised Land’, mean to you?

It’s something I can connect with very well, on a personal level too. I lived in Germany for a long time – and to a certain extent that was my promised land. For fifteen years, I gave a great deal there and received a great deal too. But ultimately you reach the conclusion that you want to get back to your roots. Today I consider myself a world citizen based in the Netherlands. That’s why I have been so selective in recent years in terms of taking on permanent positions. Brussels came for me at exactly the right moment and it also feels very comfortable: it’s nearby, I’ll be able to be there a lot (which is very important to the orchestra) and at the same time I can maintain my Dutch roots. On a broader, social level, a theme like ‘Promised Land’ is inseparable from the concept of an ‘exodus’, an invitation to discuss refugee issues. Everyone needs a home, a place where they feel comfortable. We have a responsibility towards those who do not have that. It’s good that something like this is discussed in the concert hall.