Newly appointed Chief Conductor of the WDR Sinfonieorchester, Cristian Măcelaru is one of the fast-rising stars of the conducting world. He takes on the new position at WDR, one of Europe’s leading radio orchestras, effective with the 2019/20 season. Măcelaru is Music Director and Conductor of the Cabrillo Festival of Contemporary Music, the world’s leading festival dedicated to contemporary symphonic repertoire. In August 2019, he led his third season in premiere-filled programs of new works by an esteemed group of composers. Among the 2019 season’s highlights are 12 composers-in-residence including Wynton Marsalis and a record-breaking 9 women, a roster of international guest artists including mezzo-soprano Jamie Barton and violinist Nicola Benedetti, the World Premiere of an orchestral tribute to Ruth Bader Ginsburg entitled When There Are Nine, a new cello concerto by Anna Clyne, and Tan Dun’s stunning symphonic documentary for harp and orchestra, Nu Shu: The Secret Songs of Women.

Cristian Măcelaru attracted international attention for the first time in 2012, when he stepped into the breach with the Chicago Symphony Orchestra, deputizing for Pierre Boulez. In the same year, he received the “Solti Emerging Conductor Award” for young conductors, followed in 2014 by the “Solti Conducting Award”. Since then, he has performed regularly at the podium of the best American orchestras, including the Chicago Symphony Orchestra, New York Philharmonic, Los Angeles Philharmonic, Cleveland Orchestra, St. Louis Symphony and National Symphony Orchestra. A particularly close collaboration connects him with the Philadelphia Orchestra: Since his debut in April 2013, he has been on the podium of this orchestra over 150 times and served there for three seasons as Conductor-in-Residence.

Cristian Măcelaru was born in Timișoara, Romania and comes from a musical family. As the youngest of ten children, he received instrumental lessons at an early age – like all his siblings – in his case on the violin. His studies took him from Romania to the Interlochen Arts Academy in Michigan, University of Miami in Florida and Rice University in Houston, where he studied conducting with Larry Rachleff. He then deepened his knowledge in Tanglewood Music Center and Aspen Music Festival in masterclasses with David Zinman, Rafael Frühbeck de Burgos, Oliver Knussen and Stefan Asbury.
Măcelaru was the youngest concertmaster in the history of the Miami Symphony Orchestra and made his Carnegie Hall debut with that orchestra at the age of 19. He also played in the first violin section of the Houston Symphony for two seasons.

Cristian resides in Bonn with his wife Cheryl and children Beni and Maria. 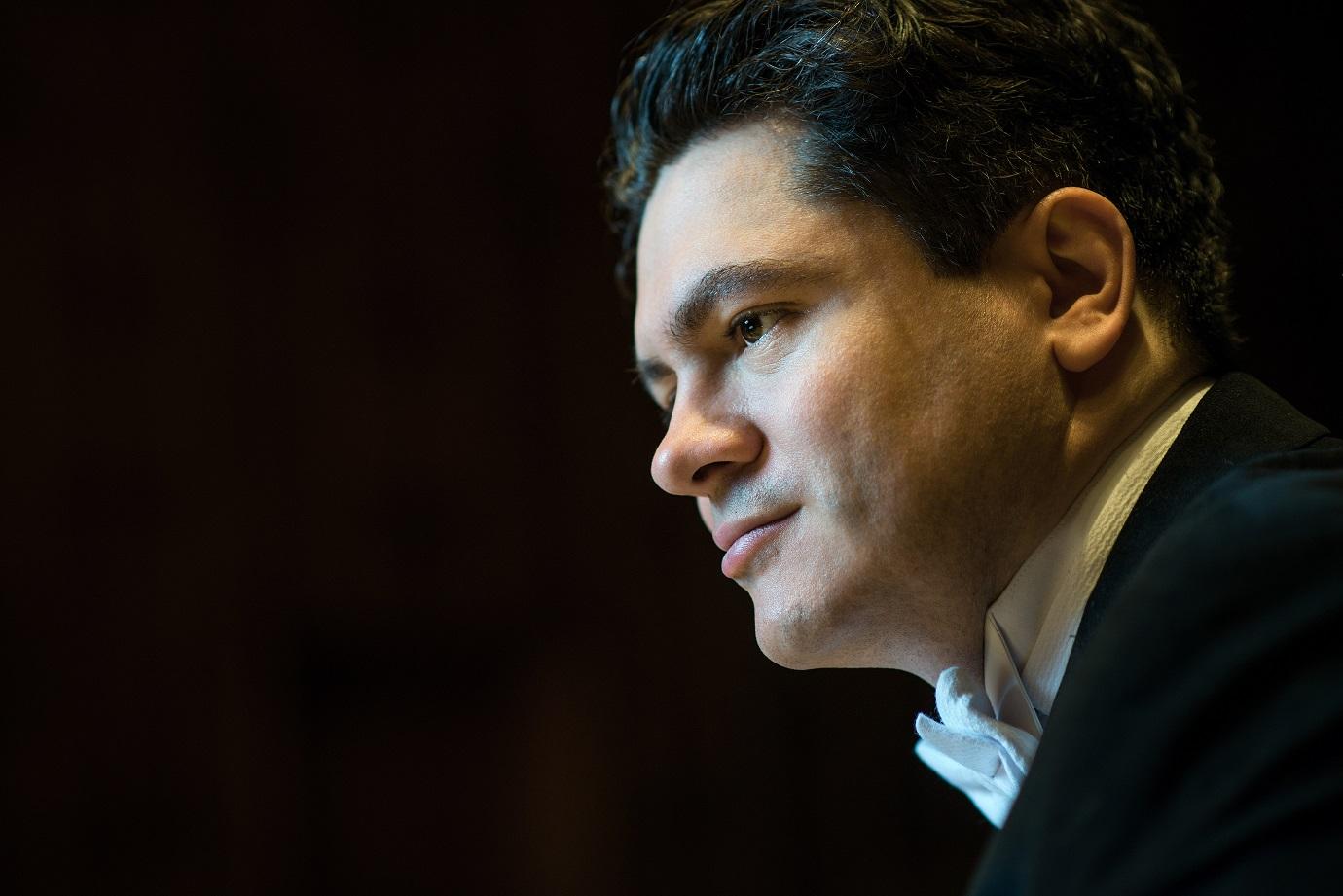