Richard Egarr brings a joyful sense of adventure and a keen, enquiring mind to all his music-making - whether conducting, directing from the keyboard, giving recitals, playing chamber-music, and indeed talking about music at every opportunity.  Music Director of the Academy of Ancient Music, Principal Guest of the Residentie Orkest in The Hague, and Artistic Partner of the St Paul Chamber, Egarr begins as Music Director of the Philharmonia Baroque Orchestra and Chorale in 20/21 season, finishing with AAM in Summer 2021 after 15 years at the helm.  He was Associate Artist with the Scottish Chamber 2011-2017, and has conducted many symphony orchestras such as London Symphony, Royal Concertgebouw and Philadelphia Orchestra.  This season Egarr conducts repertoire ranging from Bach through Mozart, Dussek, Beethoven and Brahms to Rossini and Elgar, guesting with orchestras such as the St Louis Symphony, Luxembourg Philharmonic and City of Birmingham Symphony.

Early in his tenure with AAM Egarr established the Choir of the AAM; operas and particularly Handel’s oratorios lie at the heart of his repertoire. He made his Glyndebourne debut in 2007 conducting a staged version of St Matthew Passion. With AAM at the Barbican he has conducted Monteverdi and Purcell cycles, La Finta Giardiniera and (in 2019) Nozze di Figaro – the latter also at the Grange Festival.

Egarr trained as a choirboy at York Minster, at Chetham’s School of Music in Manchester, and as organ scholar at Clare College Cambridge. His studies with Gustav and Marie Leonhardt further inspired his work in the field of historical performance. He taught for many years at the Amsterdam Conservatoire and is currently Visiting Professor at the Juilliard School. 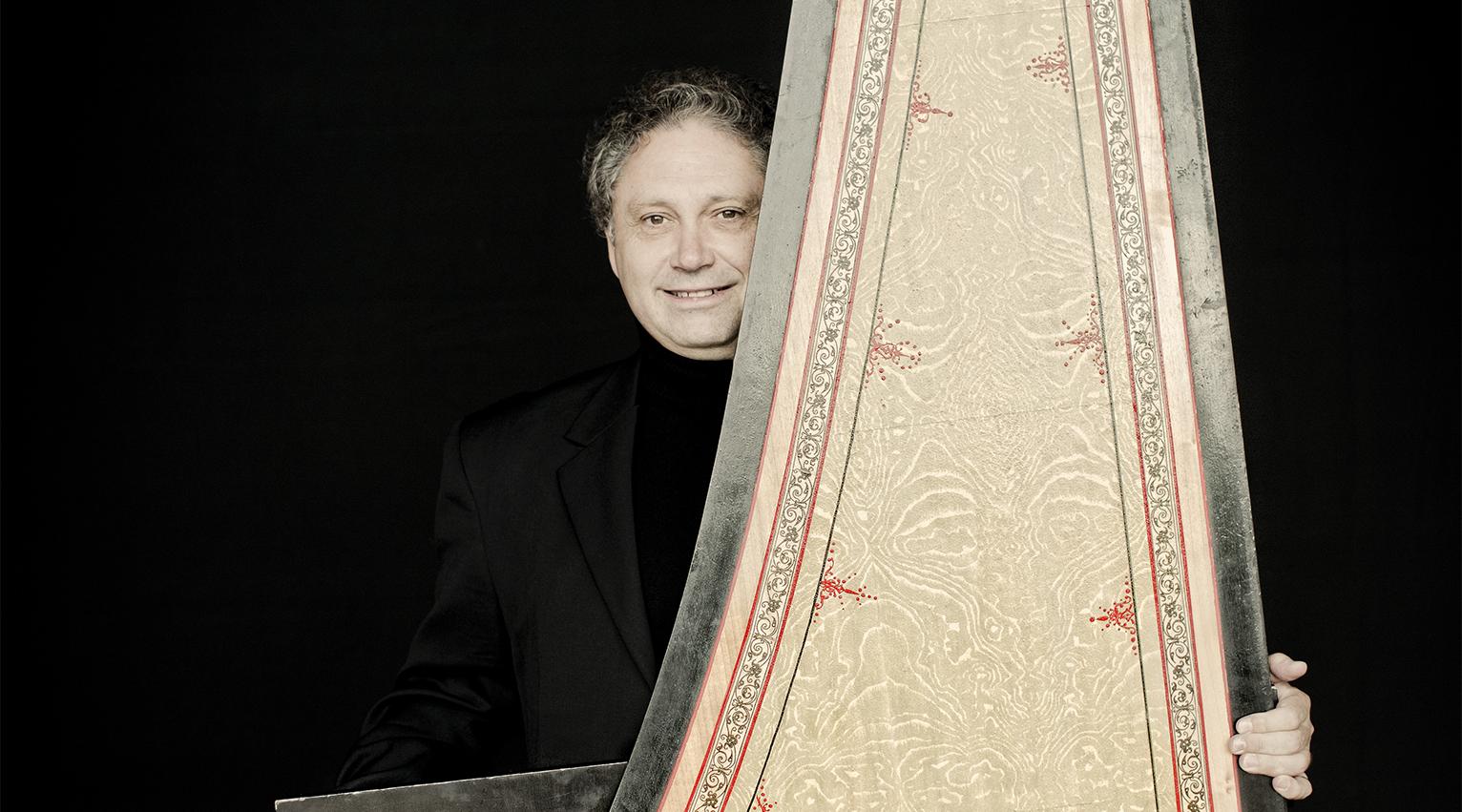