Still in his early thirties, Lionel Bringuier has already travelled extensively across the globe at the invitation of symphonies, chamber orchestras and opera houses, and in the 2020/21 season he continues the position of Artiste Associé in his home town with Opéra de Nice. This unique appointment gives him the opportunity to curate a series of special programmes which he will also conduct, and to invite several of his closest musical partners, including Jean-Yves Thibaudet, Gautier Capuçon and Nicolas Bringuier.

Very well-known across Europe, most recently having served as Music Director of the Tonhalle-Orchester Zürich (2014–18), Bringuier has held previous posts at the Orquesta Sinfónica de Castilla y León in Valladolid, the Orchestre de Bretagne and Ensemble Orchestral de Paris. The 2020-21 season will feature guest appearances in Montpellier and Liège, concerts with the BBC Symphony Orchestra and Houston Symphony Orchestra, and returns to the Tonhalle in Zürich and the Orquestra Simfònica de Barcelona. Operatic periods this season include Bizet’s Carmen in Bergen and Die Zauberflöte in Tokyo with the Nikikai Opera Foundation.

Bringuier’s close relationship with the Los Angeles Philharmonic already spans more than a decade, and during this period he has also developed a strong reputation across North America, working with the orchestras in Cleveland, Philadelphia, Boston, and San Francisco, as well as the New York Philharmonic.

Bringuier regularly collaborates with Yuja Wang, with whom he has recorded the Ravel Piano Concerto for Deutsche Grammophon as part of a complete cycle of the composer’s works. Other recordings include Chopin with Nelson Freire (DG) and Saint-Saëns with Renaud Capuçon and Gautier Capuçon (Erato) who are also regular partners. He works closely with some of the finest instrumentalists in the world, including Lisa Batiashvili, Anne-Sophie Mutter, Yefim Bronfman, Emmanuel Ax, Leif Ove Andsnes and Janine Jansen.

Bringuier comes from a family of musicians and studied cello and conducting at the Paris conservatoire, winning the prestigious International Besançon Competition for Young Conductors only a year after graduating.

Bringuier was named a Chevalier de l’Ordre National du Mérite by the French government, and has been lauded with the Médaille d’or à l’unanimité avec les félicitations du jury à l’Académie Prince Rainier III de Monaco and the Médaille d’or from the City of Nice. 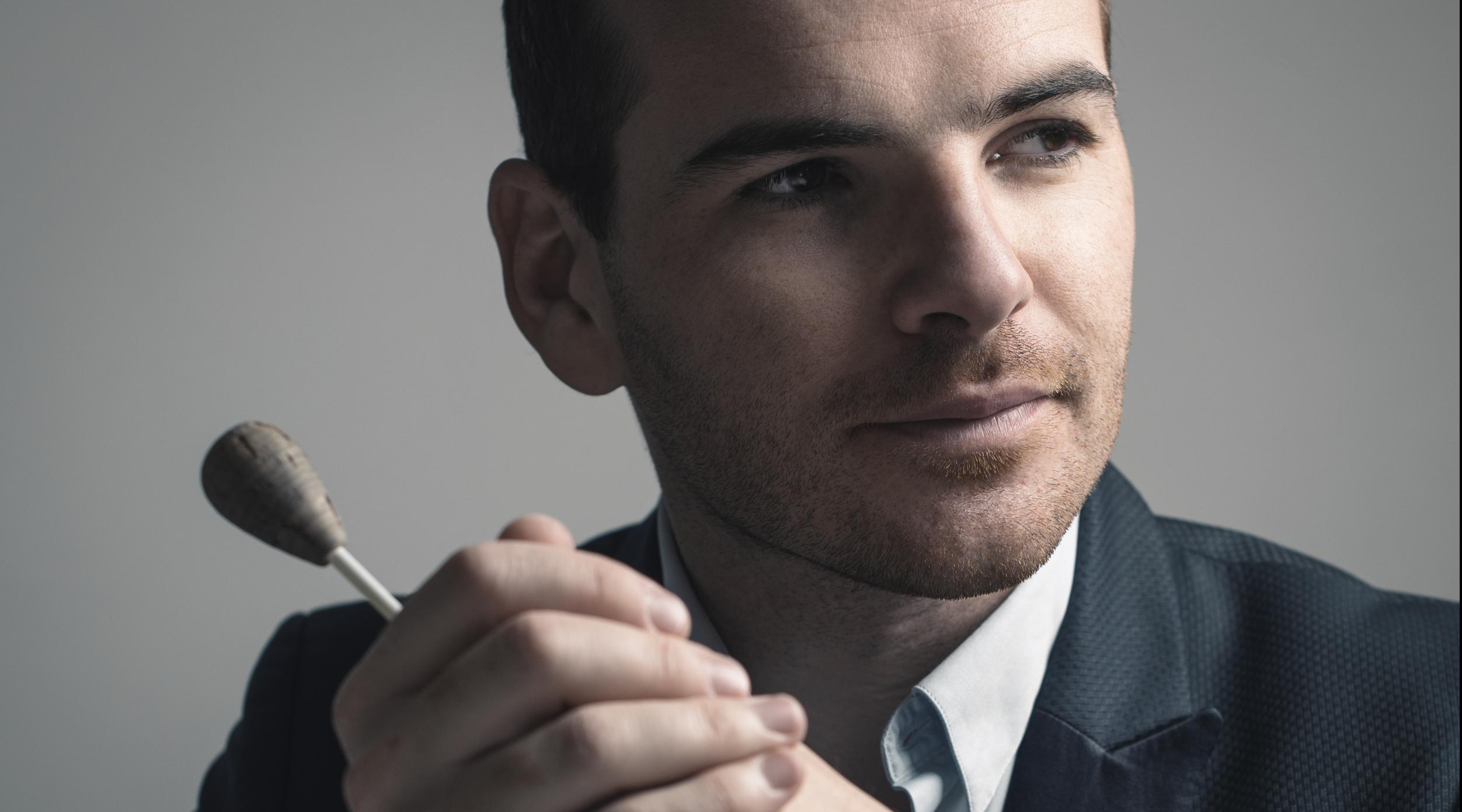