Karin Hendrickson is a conductor equally at home with opera and orchestra. For the upcoming season and Covid-permitting, she will lead the Belgium National Symphony, BBC Philharmonic, the National Youth Orchestra of Scotland, Orchestre national d'Ile de France and the BBC Concert Orchestra, among others, as well as productions of Brundibar for The London Mozart Players, and Paris and Helena for Bampton Opera.  For 2019-2020, Karin was one of three conductors invited as the Atelier des Créatrices d’Opéra Conductor Participant at the Festival Aix-en-Provence (Academie), France, and was subsequently awarded the prestigious European Network of Opera Academies Young Conductor Residency, selected from a pool of nominated candidates across institutions including the Dutch National Opera (Netherlands), Snape Maltings (England), Helsinki Festival (Finland), and Opera Narodowa (Poland).  Other conducting highlights include Pittsburgh Symphony Orchestra (USA), Nashville Symphony Orchestra (USA), Kammersymphonie Graz (Austria), Orchestra Sinfônica da USP (Brazil), Sao Paulo Symphony (Brazil), London Mozart Players (UK) and multiple appearances with the Royal Norther Sinfonia (UK) and the Southbank Sinfonia (London), among others.

Karin was previously Assistant Conductor at the Royal Northern Sinfonia in England (Lars Vogt, Music Director). Often called to assist other conductors on large projects, the list includes standing in for Lorenzo Viotti/The Gulbenkian Orchestra’s rehearsals of Eugene Onegin when he was called to replace Yannick Nézet-Séguin with 2 days notice at the Berlin Philharmonic in March; hired to assist Vladimir Jurowski and the London Philharmonic Orchestra at their recent Proms appearance; and assisting Marin Alsop at the Proms with the Orchestra of the Age of Enlightenment. Karin was then engaged as Assistant Conductor for Alsop’s first tour as Music Director of the Sao Paulo Symphony and their debut at the BBC Proms and Snape Proms (England), the Rheingau Musik Festiva (Germany), and the Concertgebouw (Amsterdam), as well as being called to assist Alsop’s performances at the World Economic Forum in Davos, Switzerland.

Karin maintains a growing international profile as an exceptional orchestra pedagogue. Current appointments include: the 2020 orchestral and ensemble residency at Ghent Music Conservatorium, Belgium; the 2020 Appointment to the National Youth Orchestra of Scotland; the 2019 Appointment as Associate Conductor to the National Youth Orchestra of Great Britain; a 2019 appointment to prepare the London Symphony Orchestra/Guildhall School Orchestra Artistry candidates side-by-side for Michael Tilson-Thomas, while also acting as assistant conductor; a 2019 appointment to prepare for Lorenzo Viotti and the Gulbenkian Orchestra a side-by-side with conservatory-level players for a Mahler 3 in Portugal. Past appointments include: leading the NYO INSPIRE Orchestra Summer Tour; preparation for Gustavo Dudamel with the Barbican Centre’s collaboration between the London Symphony Orchestra and the Los Angeles Philharmonic youth orchestras; being a visiting conductor for the Royal Academy of Music Symphony Orchestra and Marin Alsop on Britten’s War Requiem for the Southbank Centre at Royal Festival Hall (Royal Philharmonic Society Award for Learning and Participation); and three appointments to lead the North Carolina School of the Arts performances of Bernstein’s MASS, 10 full performances of The Nutcracker, and she will return in 2020 to record a film version of The Nutcracker ballet.  Maintaining her work with opera and young singers, Karin has also been Music Director for Garsington Youth Opera at Garsington Opera and at The Royal Opera House Out Loud Festival, and has twice led the CBSO Shenley Academy programme. She has also taught masterclasses and workshops in conducting, musicianship, or orchestral training for The Royal Welsh College of Music and Drama, The Royal Birmingham Conservatoire, The Royal Philharmonic Society Women’s Conductors program, The Guildhall School of Music and Drama, The Catholic University (U.S.A.), Wellington College (U.K.), has served on Composition Competition panels for the Royal Northern Sinfonia, and has lead the Conducting for Composers workshops at the Southbank Centre.
Beginning piano at age 3 in the Suzuki method, Karin’s completed first studies in piano performance.  When just 15 years of age, Karin submitted music for the Salt Lake City Winter Olympic Games - the music was chosen to be the official Olympic Torch Relay Theme Song, and was recorded by Aretha Franklin and released on NBC Records. She has also premiered and accompanied multiple solo performances by up-and-coming international composers and artists, as well as playing for opera rehearsals and dance performances.

Graduating with Distinction from the conducting program at Britain’s Royal Academy of Music in 2013, Karin was twice named a Gordon Foundation winner, receiving the Fred Southall Memorial Prize in her final year. Further awards include talent grants during her studies at the Peabody Conservatory (Doctorate), an award to train at the Mozarteum, Salzburg under conductor Peter Gülke (2014 Siemens Prize winner), and two awards of support from the European Network of Opera Academies.  Karin was nominated in 2015 for the Nestle-Salzburg Young Conductors award, and was honored to have Marin Alsop’s mentorship through the Taki-Alsop Fellowship programme from 2013-2015. Karin began her conducting career in the United States as Assistant Conductor to the professional choir Choralis, and also their award-winning chamber choir, Echos, while singing in both.  When she moved to the UK to train at the Royal Academy of Music, she continued singing with the London Philharmonic Choir under conductors Yannick Nézet-Séguin and Vladimir Jurowski. 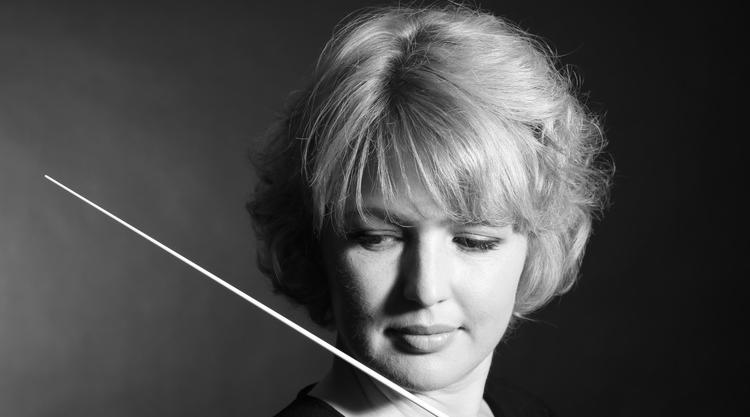