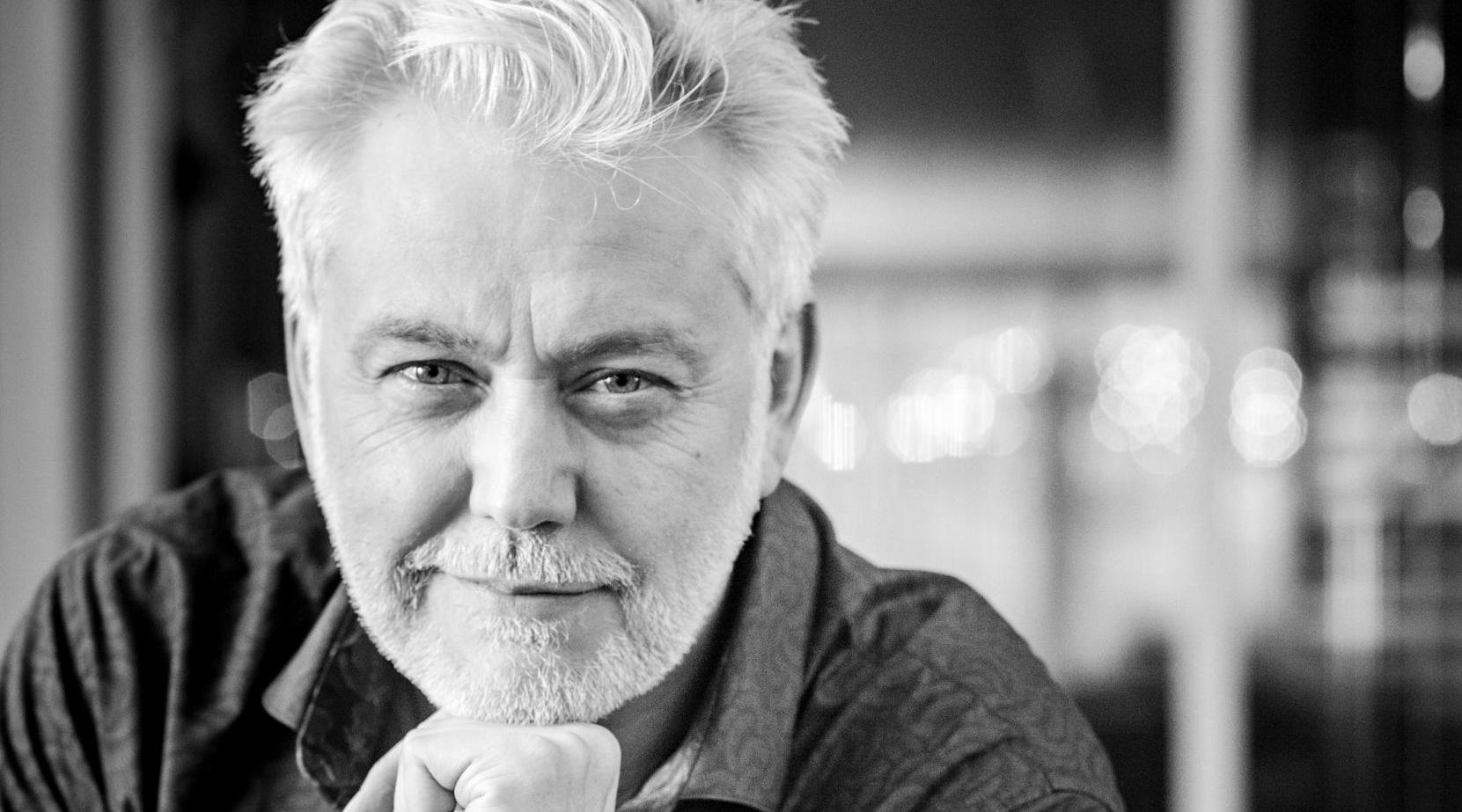 "It is my express wish to begin my term with a work by a living Belgian composer," said the brand-new chief conductor Antony Hermus last season. Eventually the choice fell on Pulses of the Earth by Wim Henderickx. This celebrated Antwerp composer is not a novice: some ten years ago, he wrote his First Symphony "At the Edge of the World" for the Belgian National Orchestra, which celebrated its 75th anniversary at the time. Commissioned by Opera Ballet Vlaanderen, he recently scored a resounding success with his opera The Converted, based on Stefan Hertmans' book of the same name. An interview with Wim Henderickx about Pulses of the Earth, the 10-minute orchestral work with which the Belgian National Orchestra will open its new season on 9 September 2022 in Bozar.

Pulses of the Earth is the middle movement from your Second Symphony "Aquarius' Dream". What makes the symphony genre, a musical form from times long past, so attractive to you?

The symphony as a genre is not just an orchestral work, but a large, monumental form that is suitable for representing a deep artistic experience. A symphony is like a cathedral. In the past, this genre has proven its worth and even today, it can be used in any direction. So why not continue working in that tradition? I find it particularly beautiful to work with these great genres: to give them a contemporary interpretation. That’s also the reason is why I recently wrote an opera. For me, symphonies are the appropriate medium to tackle big subjects: philosophical themes. My first symphony is entitled "At the Edge of the World", my second "Aquarius' Dream" and a third is on the way ...

Can I call you a programmatic composer? And what does Pulses of the Earth talk about?

Yes indeed! Pulses of the Earth is the middle movement of my Second Symphony, but it also functions as a stand-alone work. As a human being, I am very spiritual on the one hand, but at times I can also be very extroverted. My past as a percussionist and my constant search for rhythm and drive certainly have something to do with that. Pulses of the Earth reflects first and foremost the extrovert facet of my personality. It is a very direct work that can make the hall explode. Although it is quite a complex composition, it has an incredible drive. When I composed Pulses of the Earth, I was inspired by volcanic eruptions. The work embodies the earth, a strong volcanic planet where natural elements take their course. At the same time, however, as I listened to the work again, I realised that the composition is also a pamphlet: this earth has a certain fragility and we must treat it with care.

Compared to the other movements of your Second Symphony (with a soprano, electronics and an important role for light), the middle movement Pulses of the Earth is orchestrated fairly conventional. Why?

I immediately felt that Pulses of the Earth should be a work for an orchestra that is on stage. However, I would not call the orchestral setting conventional, because there is an excessive amount of percussion. And all the orchestral groups are asked to play particularly virtuoso. But it is a fact that for that part of my Second Symphony I ask that all the instruments are on the stage and not in the hall itself, arranged around the audience. In that respect, Pulses of the Earth is a normal stereophonic composition. I do not express the spatial layering physically (as in the other movements of my Second Symphony), but it is in the score itself. The work also needs a large concert hall for a successful performance. Bozar is the perfect location.

Pulses of the Earth is a composition you wrote back in 2017. Do you sometimes feel the urge to change things when you listen to it today?

Well, yes I do. I actually refined the score a bit for this concert, especially on the dynamic level. The balance between the different layers of the piece has to be right: during the rehearsals to come, this will be my main focus. The piece itself works, but a rehearsal allows you to make everything just that little bit more intense, more refined.

The baton is wielded by Antony Hermus, our new chief conductor. How is the collaboration going?

I think the orchestra has made a great choice regarding Antony Hermus. It is our first collaboration, but I already notice, just from the mail traffic we had, that he is a conductor who likes to involve composers as much as possible. Normally I would only be present at the last rehearsal, but he has asked me to come earlier. Antony Hermus is not someone who just chooses a piece, performs it briefly and then afterwards greets the composer from afar. No, he is very conscious in making his choices, together with the intendant of course. At this point in my career, I have the greatest need of such people, of such collaborations. Because real fine-tuning is not something you do at home at your desk, it is something you do in rehearsal.

What other projects are planned for you this season? Are there any highlights?

Yes, I'm really looking forward to the Belgian premiere of my clarinet concerto on 21 September in DE SINGEL with Annelien Van Wauwe and the NDR Radiophilharmonie conducted by Andrew Manze . There is also a Dutch premiere in January 2023 with the Residentie Orkest in The Hague. At the end of this month, on 30 September, my septet Lagrimas will be resumed by the Ensemble Carousel in the Concertstudio Kortrijk. I am also particularly happy that Pulses of the Earth can open the new season of the Belgian National Orchestra - a good ten years after I wrote my First Symphony for exactly this orchestra. Besides my passion for opera and music theatre, symphony orchestras remain my great love. I very much believe that they have a future in the 21st century. By combining great classics from the past with new works, they form powerful devices to talk about life. In this way, they are a source of inspiration for many people.