Eva Ollikainen: ‘Music is not apolitical’ 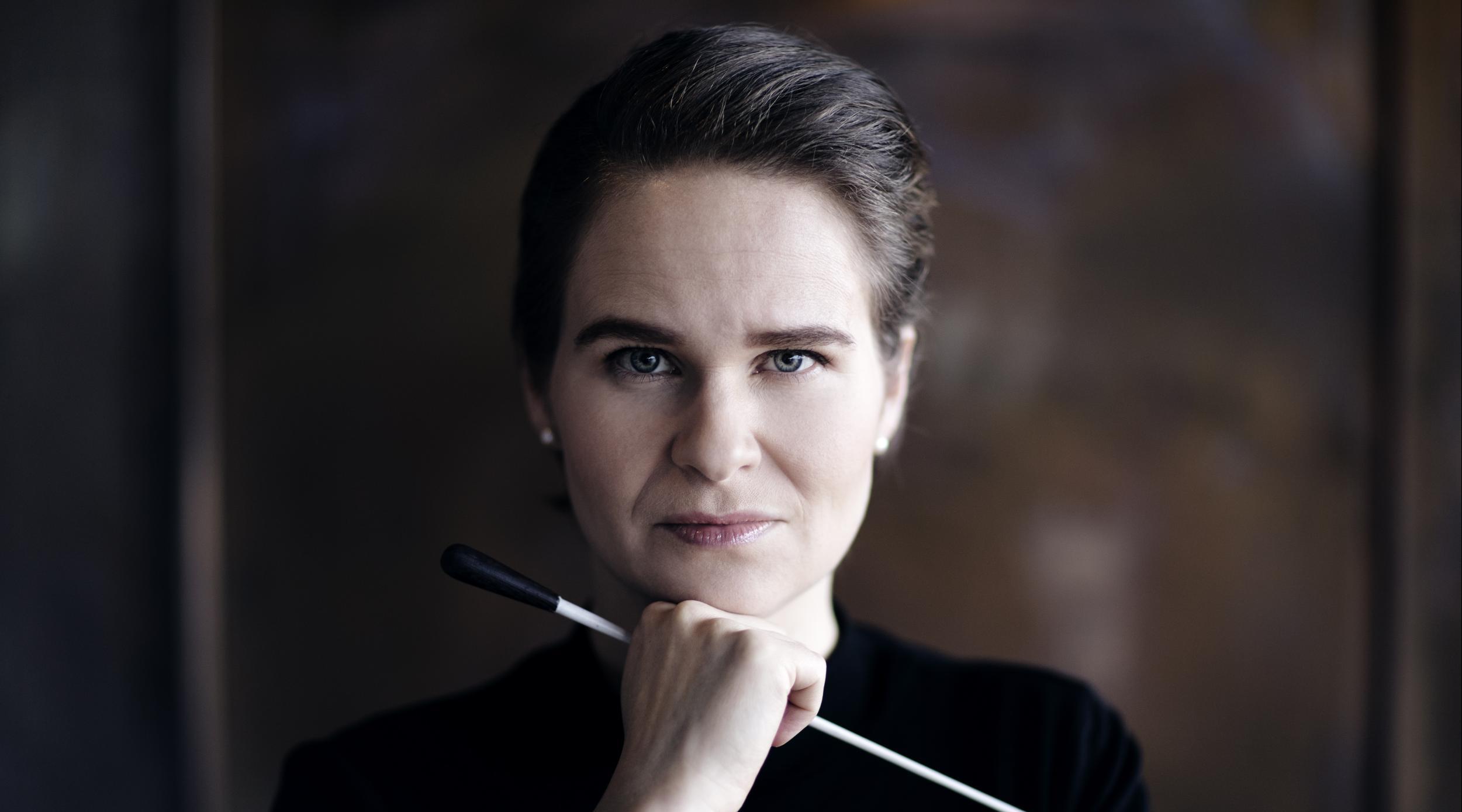 Finnish conductor Eva Ollikainen, artistic director and chief conductor of the Iceland Symphony Orchestra, will make her debut with the Belgian National Orchestra on 31 March 2023. As opera and concert conductor, she has been praised for her natural authority and contagious enthusiasm, as well as for her conducting technique, which is marked by refined elegance. The programme she will conduct – Lutosławski, Korngold and Larcher – reflects her love of the German romantic repertoire, as well as her ambition to introduce the public to less familiar works.

Is there a thread in the concert you will conduct?

Yes, indeed! It is about refugees. We chose the theme long before Russia invaded Ukraine. And now [12 March 2022], it has been 18 days since Russia launched this war, and the theme is unfortunately more relevant than ever. Already we hear of two million refugees … As Europeans, we have to ask ourselves how we got into this situation. Where did we fail? And how can we help today? Who knows how many refugees there will be when our concert takes place …

True, but at the same time, nothing new under the sun. In such a situation, it is both very brave and very fine of the Belgian National Orchestra to introduce this difficult theme into the concert hall. Some people claim that music is apolitical, but that is not true. Beethoven was clearly a political composer. Just think of his Symphony No. 3, his No. 5 and his No. 9. Shostakovich and Sibelius also felt the need to communicate their political ideas through music.

What is the connection between the music you will conduct and the theme of the concert?

We begin with Lutosławski’s Symphony No. 1. The circumstances in which he wrote this work – just before, during and just after World War II – make the link with our theme. And there is also the fact that at one point, he himself had to flee Warsaw with his unfinished score – Warsaw was completely destroyed shortly afterwards. Lutosławski always said that the idea for his symphony, in essence something cheerful, dates from before the war. Yet the war influenced the work profoundly. Both the orchestration and the harmonies are even quite aggressive. The music is unfiltered. It grabs you by the scruff of the neck.

A striking contrast with Korngold’s Violin Concerto – a pure beauty in D major.

On the surface, both works, Lutosławski’s Symphony No. 1 and Korngold’s Violin Concerto, could not be more different, but thematically they are very much related. Korngold himself was a refugee. After arriving in Hollywood, he swore that he would write nothing but film scores until Hitler’s regime had fallen. The Violin Concerto, completed in 1947 like Lutosławski’s Symphony No. 1, marked his return to classical concert music. A remarkable piece with, between the lines, the almost touchingly naive message that, in the end, good will always triumph.

And then there is the Symphony No. 2 by Thomas Larcher, a contemporary composer from Austria.

He began the work in 2015, at the height of the refugee crisis, when a lot of people were drowning in the Mediterranean. The subtitle of Larcher’s Symphony No. 2 is ‘Kenotaph’: a monument to the dead, an empty tomb for those who will not be found again. In fact, as the next flow of refugees gets moving, that refugee crisis of 2015 has still not been resolved … Regardless of the entire political context, I regard Larcher’s Symphony No. 2 as a future classic, something we will still be playing in a hundred years’ time. It is an extraordinary work. The score provides several intense moments and here and there, despite the theme, there is pure beauty.

That’s right, if together we all make the effort … I am very grateful that the Belgian National Orchestra has dared to programme music like this. It isn’t easy these days. For the audience it will be fascinating to discover three composers who reacted in very different ways to the problems of having to flee. We will be playing masterpieces that encourage reflection, but that will also be incredibly moving.