Sergey Prokofiev, Concerto for piano and orchestra no. 3 in C, op. 26

When the Clouds Scatter Away

Dark clouds were forming over Prokofiev’s most popular piano concerto. The October Revolution of 1917 brought the Bolsheviks to power. “Russia had no need of music at that moment,” said Prokofiev, who tried his luck in America, and later France, until peace had returned to his home country. His Third Piano Concerto was composed between 1913 and 1921, and the brilliant pianist and composer was the soloist for its world premiere in Chicago. Relive his precision and virtuosity with Australian pianist of Russian origin, Alexander Gavrylyuk — an authority on Prokofiev.

The end of the premiere was met with an icy silence. Neither the public or the press understood the Symphony in d (1888) by César Franck. “It is music, nothing more than music.” Never again would the Belgian composer find the courage to compose a new symphony.  “Muss es sein?” [must it be?] The question which Beethoven posed in his last string quartet echoes throughout the composition. Fate would strike, once more, two years after the dramatic premiere. Franck died after a collision with a horse-tram. Following his death, Symphony in d became one of the most popular symphonies of his era. It had to be....

A stunningly virtuosic pianist, Alexander has received international critical acclaim for his electrifying and poetic performa 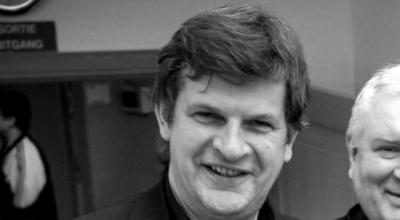