In the great and often underappreciated art of piano duo playing, Sivan Silver and her partner Gil Garburg are setting a new standard: acclaimed by audiences and critics alike, the duo has been invited time and time again by top orchestras, festivals, and concert organizers. They have performed in Carnegie Hall, Lincoln Center, the Vienna Musikverein, the Salzburg Festspielhaus, the Sydney Opera House and the Berlin Philharmonie; they have concertized in approximately 70 countries on five continents; and they collaborate regularly with such orchestras as the Israel Philharmonic, the St. Petersburg Philharmonic, the Melbourne Symphony and the Deutsche Kammerphilharmonie.

Their recording of Mendelssohn’s concertos for two pianos and orchestra, with the Bavarian Chamber Philharmonic under Christopher Hogwood, has been called “breathtaking” (Bayerische Rundfunk), “extremely exciting” (Süddeutsche Zeitung), and “brilliant” (Rondo). Their Stravinsky ballets CD has been described as “grandiose” (Pizzicato, Supersonic Award), “thrilling” (Fono Forum, CD of the Month) and “wonderfully enchanting” (Der Neue Merker). The Frankfurter Allgemeine Zeitung raved about the “lyrical sensitivity and the ravishing technical mastery” of the duo, noting that only rarely does one experience “such spontaneous shouts of ‘bravo’” at the end of a concert. The Independent concluded: “What a wondrous evening!”

Their most recent album, “Illumination”, was presented in a recital at the Elbphilharmonie Hamburg and released in April 2019 under the Berlin Classics label. “Let there be light!” titles the music magazine Concerti its choice as “CD of the week” and praises the “superb tonal sensibility, outstanding ensemble playing and imaginative rubati and agogic”. “The Schumann is played beautifully and is actually better than the very good Argerich and Barenboim recording” commends the American Record Guide and concludes “The whole package is truly, as titled, an 'Illumination' of works”. “The publication comes close to an enlightening revelation” raves the Aachener Zeitung. "A veritable aha effect” enthuses the Piano News reviewer, who describes the recording as “illuminating the complexity of this masterpiece in a way that has never been heard before”. Radio Bremen describes "The greatest art of two pianos playing. Stunning virtuosity... fantastic interplay... How Sivan Silver and Gil Garburg master this extremely delicate task borders on a miracle" and concludes “With this record, the two have ultimately established themselves at the top of the international piano duo scene”.

The Silver-Garburg Piano Duo joined forces with the Vienna Symphony and Maestro Florian Krumpöck to record the world premiere of a new concerto, which was written for and dedicated to them: Richard Dünser’s adaptation of Brahms Quartet Op. 25 for piano, four hands and string orchestra, which is based on the two original versions by Brahms (for piano quartet and for piano, four hands). The recording took place at the Wiener Konzerthaus and will be released in 2020.

The Silver-Garburg Piano Duo looks forward to exciting concerts in the upcoming seasons. The two Israelis, who live in Berlin with their son, can be heard in North and Latin America, East Asia, Australia, New Zealand, Israel, and in numerous European countries. Highlights include performances with the Lucerne Symphony at the Musikverein in Vienna and at the KKL Lucerne, with the Belgian National Orchestra at the Großes Festspielhaus in Salzburg and at the Bozar in Brussels. The duo appears as soloists with the Orchestra of the Americas, alongside Yo-Yo Ma and Claudio Bohorquez, at their 2021 European tour. Sivan and Gil are happy to continue their musical collaboration with orchestras such as the Deutsche Kammerphilharmonie, Jerusalem Symphony, Bruno Walter Symphony, Wiener Concert-Verein, Mantua Chamber, Israel Chamber, Berlin Symphony, Bayerische Kammerphilharmonie, Brno Philharmonic and many more.

Since 2014, the Silver-Garburg Duo occupy one of the few extant professorships for piano duo, at the Graz University for the Arts. They present master-classes at leading academic institutes in Moscow, Beijing, Melbourne, Vienna, Jerusalem, Wellington, Tallinn, Washington, Helsinki, Bratislava and more. Previously, they taught at the Hannover Musikhochschule, at which they themselves completed their studies in 2007 under Prof. Arie Vardi.

Silver and Garburg were well on the way to promising solo careers when they paired up first privately and then at the piano. “We express our own emotions and, at the same time, a combined sensibility. We are one, and yet we’re in dialogue with each other – that’s the magic,” says Silver. And Garburg adds: “The more we work together, the more we grow together and the freer we become. Like a conductor realizes his or her vision with an orchestra, we can realize all that we envision with four hands.”

After 20 years of playing together, Sivan Silver and Gil Garburg are establishing themselves at the top echelon of the music world. “As a piano duo, it’s easy to make effects with virtuosity. But that alone is far too little. We want to move our listeners emotionally and bring them to the core of the music”. 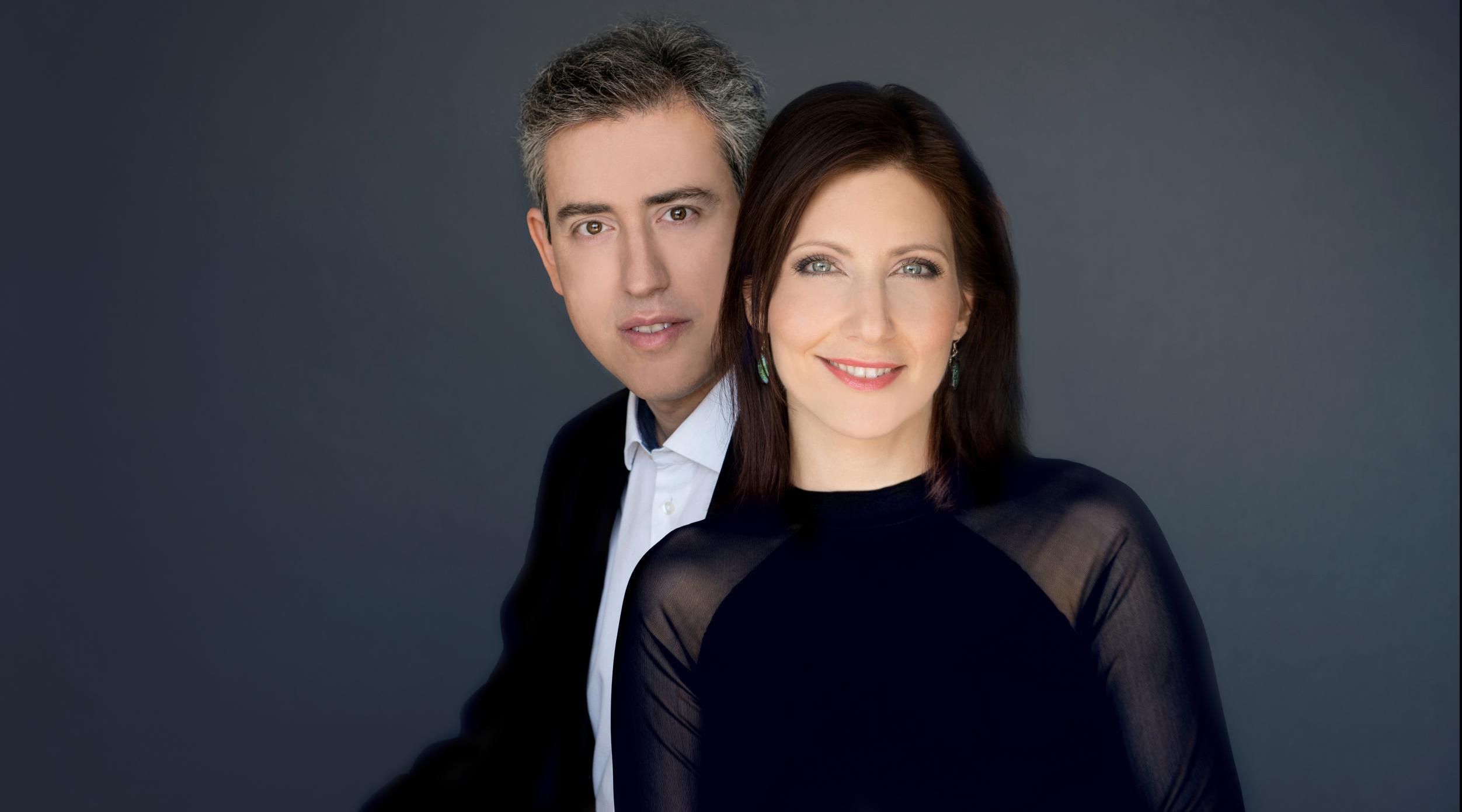