Belgian harpist Anneleen Lenaerts is one of the leading soloists of her instrument. In December 2010 she was appointed Principal Harpist of the Vienna Philharmonic.
As a soloist Anneleen has performed with the Symphony Orchestra of Bavarian Radio, the Mozarteum Orchestra, Bruckner Orchestra Linz, the Philadelphia Chamber Orchestra, the Polish National Radio Orchestra, the Brussels Philharmonic, and the National Orchestra of Belgium amongst others. Anneleen Lenaerts has made her solo debut at venues such as the Wigmore Hall in London, Carnegie Hall New York, Berliner Philharmonie, Salle Gaveau in Paris, Großes Festspielhaus in Salzburg, Bozar in Brussels and in festivals such as Rheingau Musik Festival, Dresden Musikfestspiele, Lockenhaus festival, Moritzburg Festival and Aspen Music Festival. Solo appearances have been recorded by various stations including BBC 3, Radio France Musique and Deutschlandfunk.

In the 2021/2022 season she can be heard with the Antwerp Symphony Orchestra, the Deutsche Staatsphilharmonie Rheinland-Pfalz, the Philharmonische Orchester Freiburg and at the Musikverein Wien, the Konzerthaus Wien, the Royal Academy London, the MiTo Festival and the Festspiele Mecklenburg-Vorpommern. Further highlights of the season are concerts with mandolin player Avi Avital, with Emmanuel Pahud, solo flutist of the Berliner Philharmoniker, and cellist Nicolas Altstaedt.

After the success of recording 3 harp concertos (by Glière, Rodrigo and Jongen) with the Brussels Philharmonic for Warner Classics and a CD with works by Schumann & Schubert with clarinetist Dionysis Grammenos, Anneleen signed an exclusive recording artist contract with Warner Classics . 2019 saw the release of a new recording with works by Nino Rota with the Brussels Philharmonic, Adrien Perruchon and Emmanuel Pahud and won an Opus Klassik, after being nominated in 4 different categories. Her previous solo album on Aliud Records comprises twelve transcriptions of some of the most popular piano pieces by Chopin and Liszt. In the same year she also received the “Flemish Community Honours” by the Government of Flanders for her outstanding contributions to society.

From an early age Anneleen started winning an impressive amount of prizes at international harp competitions: 23 prizes between 1997 and 2009. The “Grand Prix International Lily Laskine, where she won the first prize in 2005 and the ARD International Music Competition in Munich, where she was both a prizewinner and winner of the Audience Prize, are particularly outstanding. Anneleen Lenaerts started playing harp with Lieve Robbroeckx. She continued her studies at the Conservatories of Brussels and Paris in 2008 and gained her Harp Master degree with highest distinction. She completed through the “Cours de perfectionnement" at the Ecole Normale de Musique de Paris with Isabelle Perrin. Besides harp Anneleen studied harmony, counterpoint and fugue at the Brussels Conservatory. 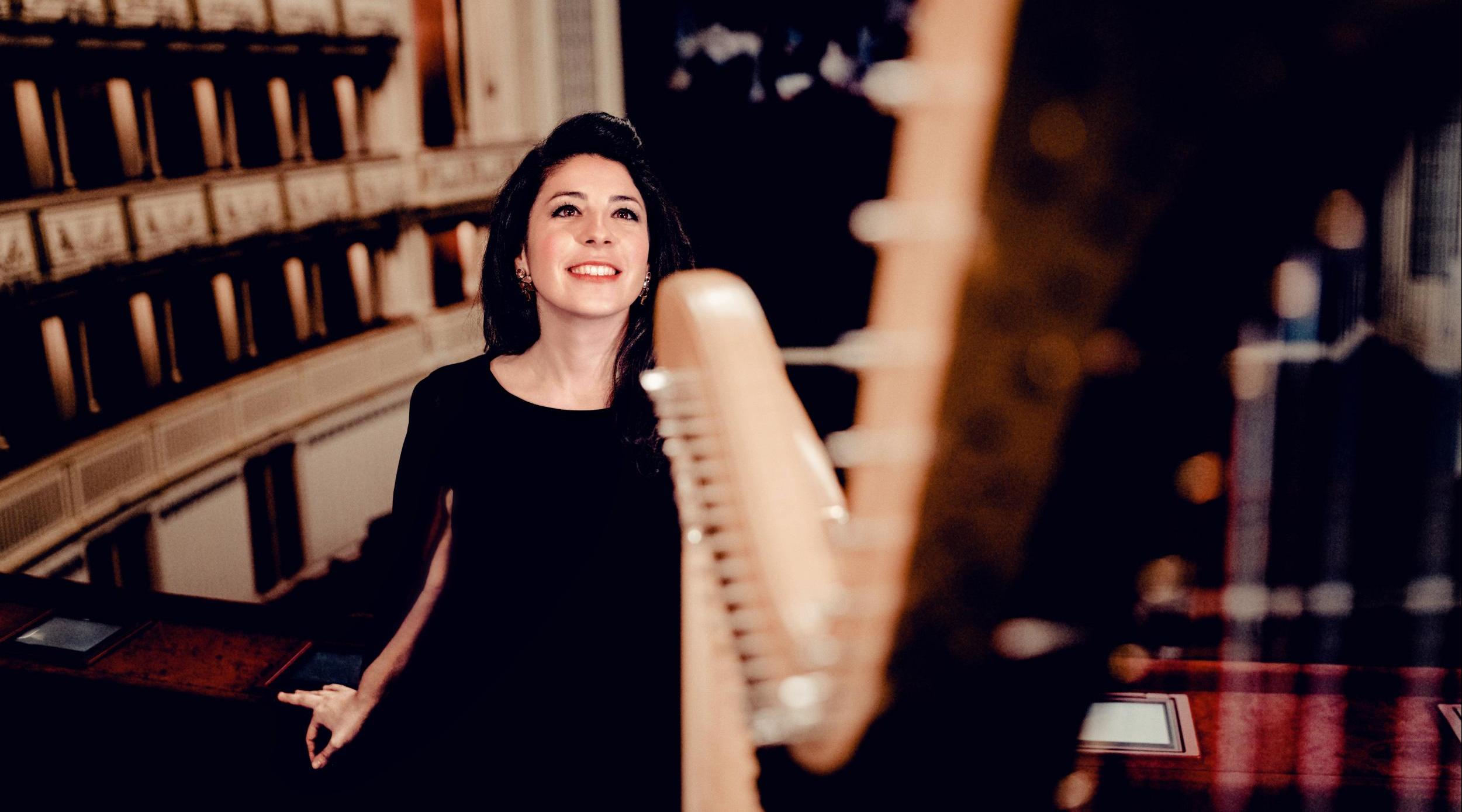 After initial studies in Seoul, the South Korean composer Unsuk Chin moved to Hamburg in the 1980s, where she was taught for three years by none other than the Hungarian composer György Ligeti.