Sophie Harmsen travelled extensively at an early age, her parents being German diplomats, and continues this in her professional career as an internationally successful and acclaimed mezzosoprano.

Opera productions in past seasons have taken her from Madrid (Teatro Real as Annio in La clemenza di Tito with Christophe Rousset) via concerts at Wigmore Hall London, the Concertgebouw Amsterdam, the Philharmonie de Paris, the Teatro Colon in Buenos Aires to Shanghai Grand Theatre as Dorabella in Cosi fan tutte with René Jacobs. She is also a regular and popular performer at all the larger German philharmonies and concert halls.

Sophie is frequently and recurringly invited to perform with symphony orchestras such as the Gewandhausorchester Leipzig, the SWR Symphonieorchester, the Deutsches Symphonie Orchester, the Royal Stockholm Philharmonic and the Orchestre National de France and has had opportunities to work with renowned conductors including Frieder Bernius, Constantinos Carydis, Adam and Ivan Fischer, Daniel Harding, Philippe Herrweghe, Thomas Hengelbrock, Manfred Honeck, Jérémie Rhorer, Andreas Spering and Markus Stenz.

Sophie has a special and long standing bond with early music. Her solo recitals with Concerto Köln and Capella Augustina were great successes and she is regularly invited to sing with the most celebrated baroque ensembles such as the Freiburger Barockorchester, the Akademie für Alte Musik Berlin and the Collegium 1704, with all of whom she has performed extensively and recorded several award winning CDs; Bruckners Missa Solemnis with the RIAS Kammerchor (Diapason D’Or) and the complete recording of the Luther Cantatas by J.S. Bach under the baton of Christoph Spering (Echo 2017) amongst many others.

In the current season Sophie will once again join Kent Nagano at the Kölner Philharmonie. She feels so fortunate to already have interpreted Wagners Wesendonck Lieder with him there in 2019. Subsequently she will be singing concerts and recordings under the batons of René Jacobs (Beethoven), Pablo Heras-Casado (Beethoven), Lukasz Borowicz (Bruckner), Nathalie Stutzmann (J.S. Bach), Howard Arman (Mozart), Laurence Cummings (Handel), Andreas Spering (J.S. Bach) and David Afkham (J.S. Bach) this season. She also looks forward to returning to the Hamburgische Staatsoper for the production of Brahms Liebesliederwalzer with the Hamburg Ballett (John Neumeier).

In her work with famous directors such as Robert Wilson, Ursel and Karl-Ernst Herrmann, William Kentridge and Andreas Dresen she was able to hone her already convincing and much praised acting skills.

Sophie is a frequent performer at large international festivals such as the Salzburger Festspiele, the Mozartwoche Salzburg, the Schleswig Holstein Musik Festival, the Rheingau Musik Festival and the Bachfest Leipzig.

Sophie studied at the University of Cape Town and with Prof. Dr. Edith Wiens and now lives in Berlin with her family.

“The mezzo-soprano Sophie Harmsen stood out among the cast. Her powerful Dorabella was one of the best I've heard. The psychological evolution of this character, from the naïve beginning to the doubts and the anger at the end, was precisely depicted with diverse voice colors and beautiful acting, even that in a semi-staged performance.” 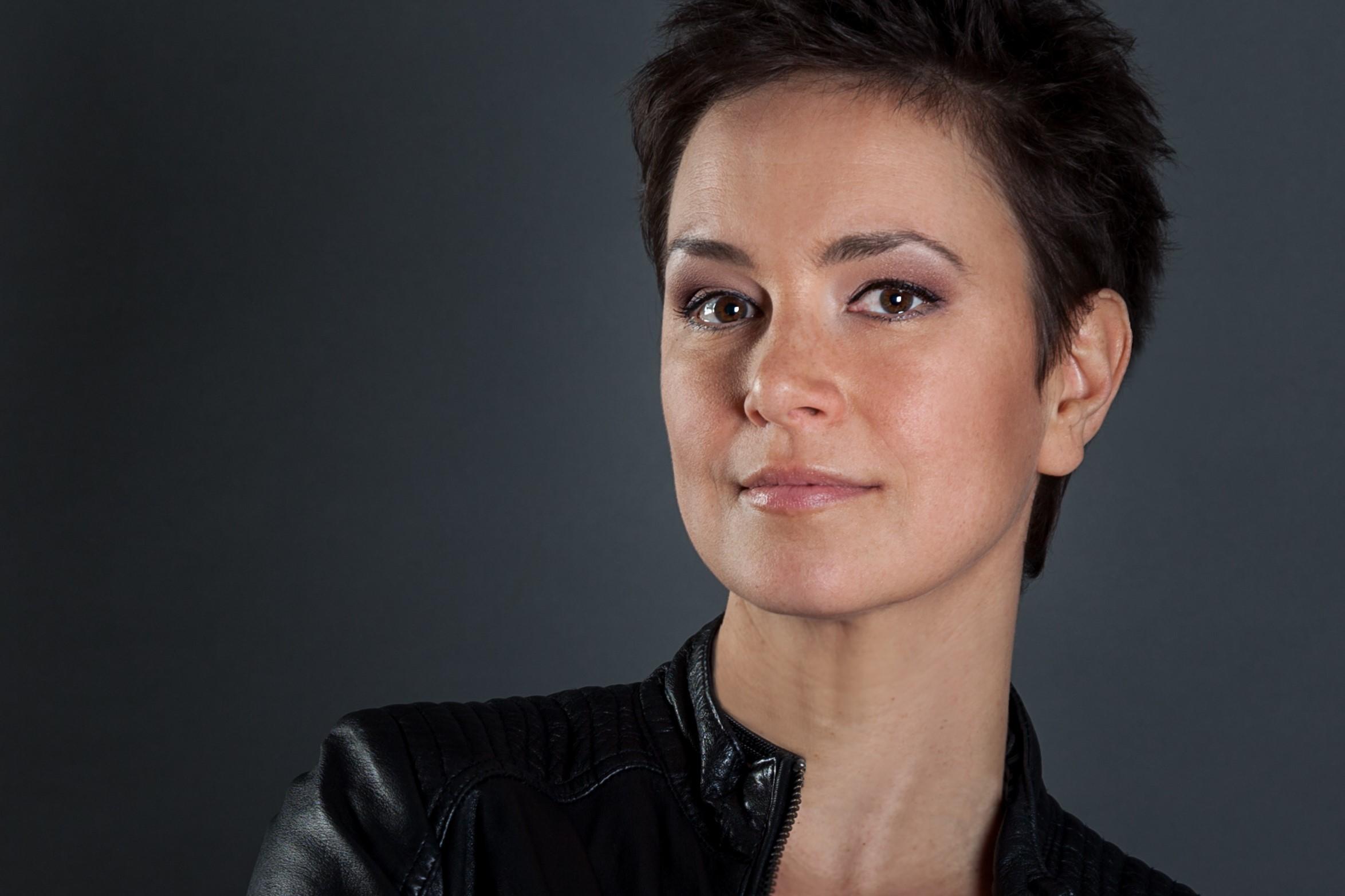