Patrick Grahl was born in Leipzig and was initially a member of the St. Thomas Choir of Leipzig under Georg Christoph Biller; he then went on to complete his singing training at the Felix Mendelssohn-Bartholdy Academy of Music in Leipzig with Professor Berthold Schmid, graduating with distinction in the master-class examination. Patrick Grahl attended master-classes held by Peter Schreier, Gotthold Schwarz, Gerd Türk, Ileana Cotrubas and Prof. Karl-Peter Kammerlander which gave him decisive momentum for his artistic development.

While still a student Patrick Grahl was able to work on and perform roles such as Alfred (in Die Fledermaus by Johann Strauß), Tamino (in Mozart’s Die Zauberflöte) and Albert (in Albert Herring by Britten). He was also to be heard as the Young Servant in Elektra by Richard Strauss, and as Shepherd / Voice of a Young Sailor in Richard Wagner’s Tristan und Isolde at the Opéra National de Lyon. During the current season Patrick Grahl gives guest appearances as Don Ottavio in Mozart’s Don Giovanni at the Teatro La Fenice di Venezia.

In 2016 the tenor won first prize at the XX International Johann Sebastian Bach Competition in Leipzig. He is already much in demand as an oratorio and concert singer and has been invited to perform as soloist with orchestras such as the Leipzig Gewandhausorchester, the Dresden Philharmonic, the NDR Radio Philharmonic, the Gürzenichorchester Cologne as well as the Accademia Nazionale di Santa Cecilia and the London Symphony Orchestra; he has worked with conductors such as Sir John Eliot Gardiner, Daniele Gatti, Hartmut Haenchen, Ludwig Güttler, Peter Schreier, Andrew Manze and Leopold Hager. Patrick Grahl still has close ties with the St. Thomas Choir of Leipzig and with the Dresdner Kreuzchor.

During the season 2018/19 Patrick Grahl performs with the Munich Bach-Choir conducted by Hansjörg Albrecht in Bach’s b-minor Mass in Moscow, with the Gewandhausorchester and the St. Thomas Choir in Bach’s Christmas Oratorio conducted by Gotthold Schwarz in Leipzig, with the International Bach Academy Mozart’s Requiem under Hans-Christoph Rademann in Stuttgart, in Mozart’s c-minor Mass with Omer Meir Wellber in Turin, in Bach’s St. Matthews Passion with the Kreuzchor in Dresden conducted by Roderich Kreile, in L. Mozart’s Missa solemnnis under Alessandro de Marchi in Augsburg and in Haydn’s The creation with the Philharmonic Choir Bonn with Paul Krämer. Highlights in the current season
are concerts with the Chamberorchestra Basle conducted by Christopher Moulds with Mendelssohn’s Elias, with the Czech Philharmonic Orchestra Prague under Manfred Honeck with Mozart’s Requiem as well as concerts with the Collegium Vocale Gent and C.P.E. Bachs Die letzten Leiden des Erlösers conducted by Benjamin Bayl.

Besides his many commitments on the concert and opera stage Patrick Grahl also has a dedicated interest in chamber music projects and recitals, for instance with his male voice quartet Thios Omilos or the ensemble Barockwerk Ost, with which in 2014 he won first prize of the Advancement prize for Early Music awarded by Saarland Radio and the Academy of Ancient Music in the Saarland. Until 2013 Patrick Grahl was also awarded a scholarship by the Friedrich Ebert Foundation in Bonn. 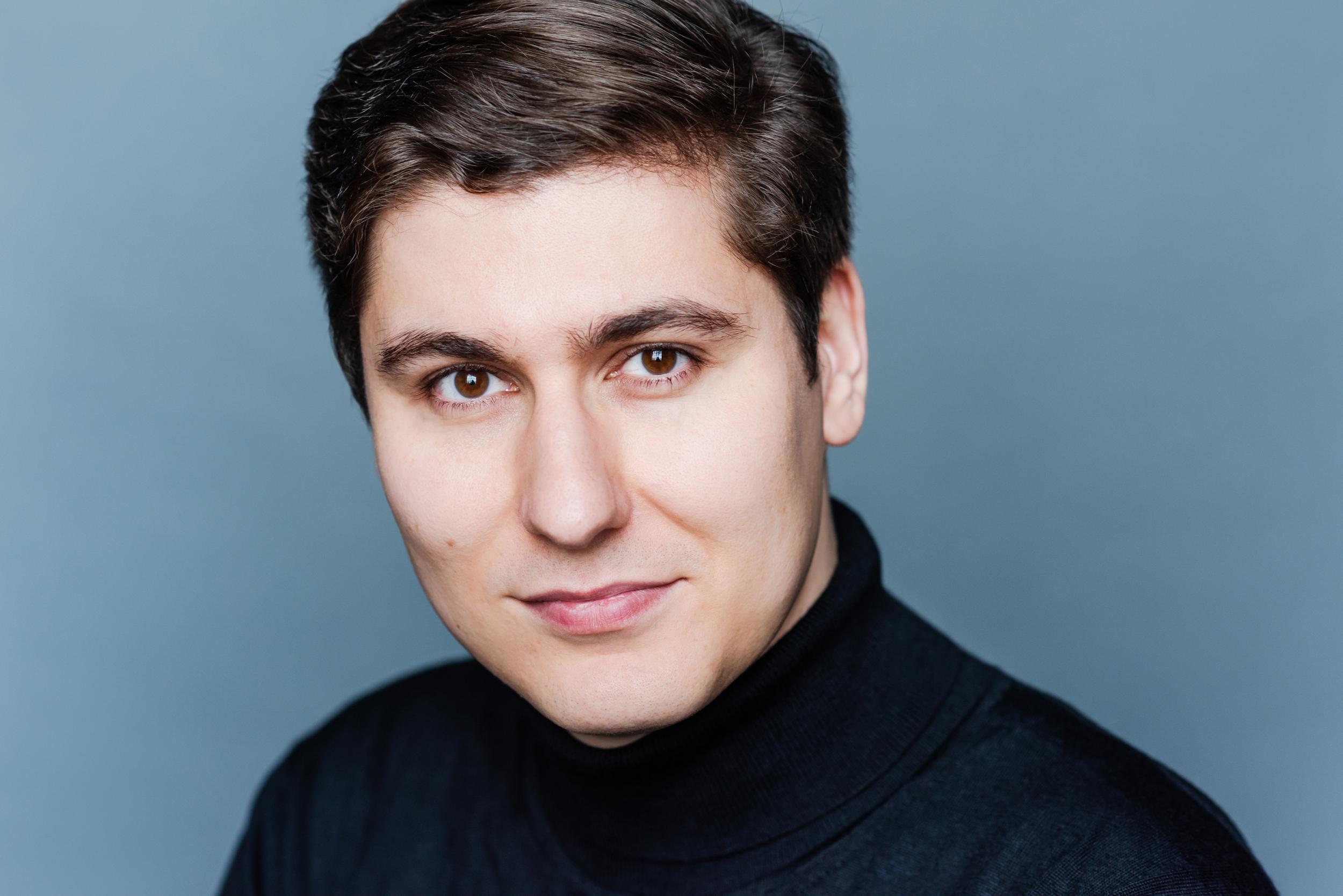