“Love at first listen” is how Miloš describes the moment when, as a child in Montenegro, he first picked up the old guitar that was lying around his childhood home gathering dust. “My father had been given this instrument by my uncle, but he didn’t have time to play it. One day, I remember picking it up and just starting to strum it. I totally felt like a rock star.” Almost three decades later, the man who has since been described by The Sunday Times as “the hottest guitarist in the world” and “classical music’s guitar hero” by the BBC Music Magazine, grins at the memory. “I thought: ‘This feels so good... I’m going to do this.’”

Montenegro in the early 1990s was not an obvious gateway to future classical success. “The Balkan wars were raging at the time when I started playing,” Miloš recalls. “We were less vulnerable in Montenegro, but it was a very isolated environment. My parents fought so hard to give us all they could and managed to create an atmosphere where family was truly everything. I think we became even closer as a result of that hardship. This experience so early in life made me really understand what family means. They were my first audience.”

His family were hence cautiously supportive when, aged 14, Miloš decided to go to a specialist music school rather than a prestigious grammar school. “I was a really good student, and in Montenegro we didn’t have a strong classical music tradition” he explains. “Music was not a guaranteed existence, and when you are growing up in those difficult circumstances, your parents want you to have security. When I told them I loved music more than anything else, they said, ‘OK, we’ll support you in every way we can, but you have to work really hard and be the best, because otherwise it’s just not worth it.’ That was something that really stuck with me. I indeed made a decision that guitar was going to be my life; that music was going to be my life; and yes, that I was going to be the best I could possibly be.”

Leaving the war-torn Balkans and arriving in London to take up a coveted place at the prestigious Royal Academy of Music was, he says, “a bit like going to Mars. I was clueless.” Nevertheless, Miloš stayed true to that work ethic and over the course of eight years built himself into a world class artist. Fast forward to 2010, he was signing his first record deal with the legendarily classical label Deutsche Grammophon. Before long, he was selling out major concert halls and topping music charts around the world. By any measure, this would have been a stratospheric rise for any young musician, but it was particularly breathtaking for a classical guitarist. “You could pretty much count on one hand each time a classical guitarist has been ‘allowed’ to be in the spotlight in this way,” he jokes. “It was incredibly hard to break a glass bubble the industry created around us guitarists. But then I really believed that if I could fall in love with the guitar, me, a boy from Montenegro so far away from any guitar tradition, then anybody could. I guess you could say I was also very resilient... And ambitious.” He laughs. “And very stubborn.”

From 2010 until 2016, Miloš gave hundreds of concerts at major concert halls and festivals around the globe – including the first ever sold out solo guitar recital at the Royal Albert Hall, which was lauded by critics. His early albums, ‘Mediterraneo’ and ‘Latino’, were hugely successful, while his 2014 recording of Rodrigo’s concertos with the London Philharmonic and Yannick Nezet-Seguin had the Sunday Times calling him “The King of Aranjuez”. His 2016 record, ‘Blackbird – The Beatles Album’, which included star-studded duets with Gregory Porter, Tori Amos, Steven Isserlis and Anoushka Shankar, was received with unanimous acclaim.

However, his stellar career was almost dramatically cut short when, exactly at his peak, he was struck down by a devastating hand injury which left him unable to play. With a new record in development and a major international concert tour already booked for 2017-18 season, he was forced to pull out of multiple engagement and studio dates, with no real sense of if or when he might recover...

He recalls: “It was a really tough time. I developed a repetitive strain-like hand injury, which quickly spiralled into bigger issues. I tried every medical avenue to solve it and push on, but it just seemed to make it worse. Ultimately it went round and round in my head until I reached a point where I couldn’t get even a single note out of the instrument. I had to face the fact that I might never be able to play again. Being faced with the question, ‘what am I going to do if I can’t be a guitarist?’, was terrifying. Being a musician is all I ever knew.”

In September 2017 it all came to a complete stop when all future concerts were deleted from the schedule. “It was all a haze, like a really bad dream... perhaps the lowest point of my life so far. But on reflection, it was also then that I unknowingly and finally started to heal. I discovered the silver lining.”

Having the space and time to think and (re)consider himself in the time of such a fundamental personal and professional crisis was a blessing in disguise. Following many months of aimless and frustrated wondering, Miloš finally managed to find the right kind of help to build his playing up again.

“It took time and a huge support network I’m so blessed to have, but it was still an excruciatingly difficult process – playing the guitar had always been so instinctive to me, and yet it now had to be relearned, recalibrated and understood from the core. It felt like learning to walk again.”

In August 2018, fully recovered and mentally as well as physically stronger, Miloš made a triumphant return to the concert stage – and not just any old stage but that of London’s iconic Royal Albert Hall, where, in front of 6000 people he gave the world premiere of Joby Talbot’s guitar concerto, ‘Ink Dark Moon’, written especially for him. In autumn 2019, he will release his fifth album, this time on Decca Classics, entitled ‘Sound of Silence’: a musical treasure trove that includes brand new arrangements of classical repertoire, affectionate nods to the pop world, and collaborations with his musical friends. It is a moving snapshot of an outstanding artist in full grasp of his extravagant musical gifts at a critical moment in his life and career.

“Sound of Silence is my reflection on that time. It includes both guitar pieces that I used in order to build myself up from the ground again, as well as those amazing songs I listened to in moments when I had to get away from it all. It’s a personal scrapbook of music that will always have a special meaning to me.”

He concludes: “We all face obstacles in our lives, moments when the foundations are shaken to the core and it seems there is no way forward. I would love to imagine that this album will not only be an enjoyable journey through great music, but also an inspiration to others to find space in their lives to reflect and find their own way to overcome the challenges and adversities they face every day in this crazy modern world.” 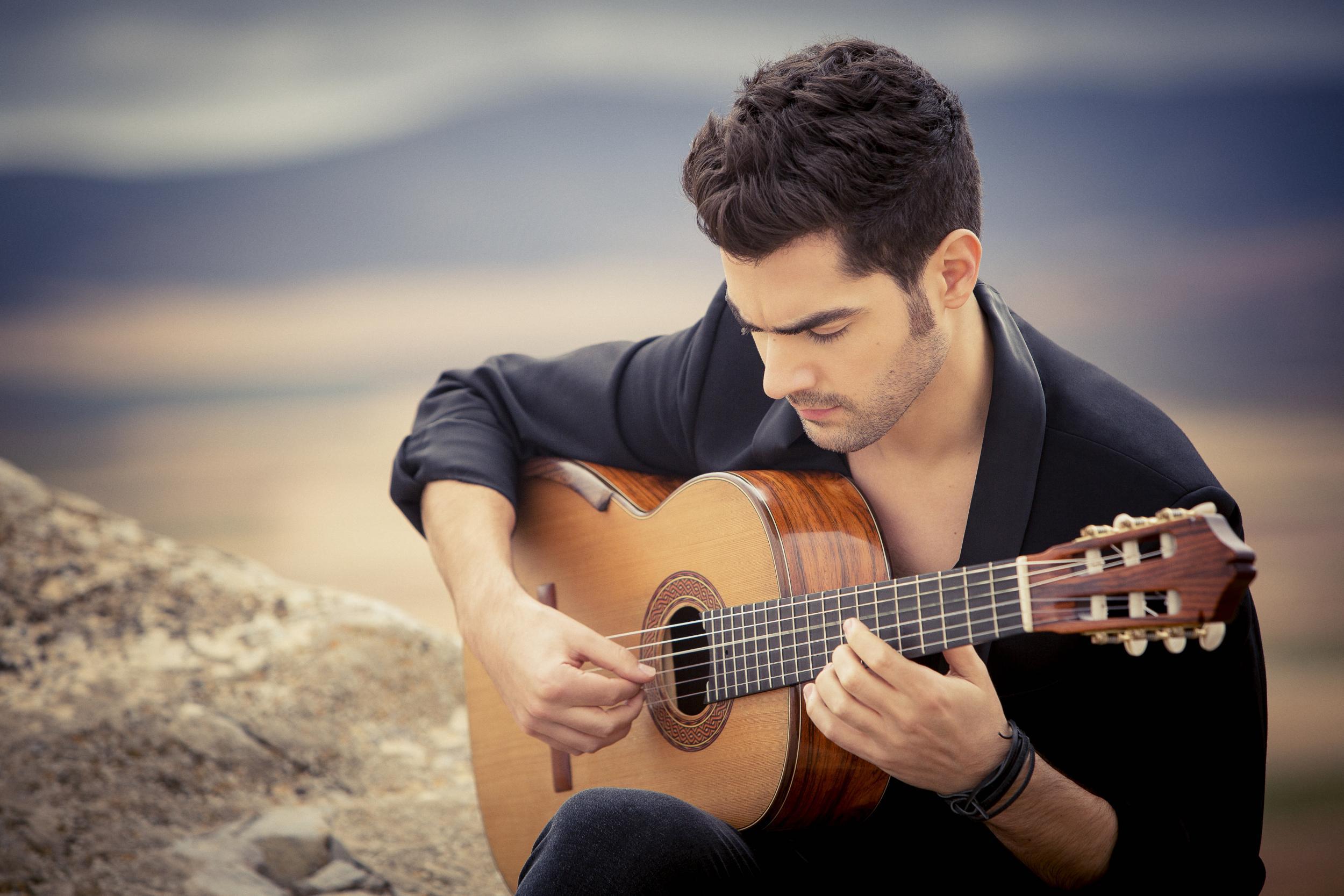