“Watanabe’s strongest suit is the elegant lyricism with which he infuses long musical lines.”
Robert Markow/Bachtrack

“Led with a combination of authority, charisma, and technical aplomb rarely found in a young conductor.”
Bernard Jacobson/Seen and Heard International

Emerging onto the international stage over the past two years, Kensho Watanabe is fast becoming one of the most exciting and versatile young conductors to come out of the United States. Most recently, Kensho was recognized as a recipient of a Career Assistance Award by the Solti Foundation U.S. He held the position of Assistant Conductor of The Philadelphia Orchestra from 2016 to 2019 and during this time made his critically acclaimed subscription debut with the Orchestra and pianist, Daniil Trifonov, taking over from his mentor Yannick Nézet-Séguin. He would continue on to conduct four subscription concerts with the Philadelphia Orchestra in 2019, in addition to debuts at the Bravo! Vail Festival and numerous concerts at the Mann and Saratoga Performing Arts Centres. Watanabe has previously been an inaugural conducting fellow of the Curtis Institute of Music from 2013 to 2015, under the mentorship of Nézet-Séguin.

Recent highlights have included his debuts with the Houston Symphony, Royal Scottish National Orchestra, Detroit Symphony, Brussels Philharmonic and the BBC National Orchestra of Wales, as well as his Japanese debut at the Seiji Ozawa Matsumoto Festival. Recent returns include the Orchestre Metropolitain in Montreal. Highlights of the 2019-20 season include his debuts with the London Philharmonic and Tokyo Philharmonic Orchestras, Orchestre National du Capitole de Toulouse, San Antonio Symphony Orchestra as well as his Finnish debut with the Jyväskylä Sinfonia.

Equally at home in both symphonic and operatic repertoire, Mr. Watanabe has led numerous operas with the Curtis Opera Theatre, most recently Puccini’s La Rondine in 2017 and La bohème in 2015. Additionally, he served as assistant conductor to Mr. Nézet-Séguin on a new production of Strauss’s Elektra at Montreal Opera. This season Watanabe will conduct Strauss’ Die Fledermaus at the Ozawa Juku Festival.

An accomplished violinist, Mr. Watanabe received his Master of Music degree from the Yale School of Music and served as a substitute violinist in The Philadelphia Orchestra from 2012 to 2016. Cognizant of the importance of the training and development of young musicians, he has served on the staff of the Greenwood Music Camp since 2007, currently serving as the Orchestra conductor.

Mr. Watanabe is a graduate of the Curtis Institute of Music, where he studied with distinguished conducting pedagogue Otto-Werner Mueller. Additionally he holds a Bachelor of Science degree from Yale College, where he studied molecular, cellular, and developmental biology. 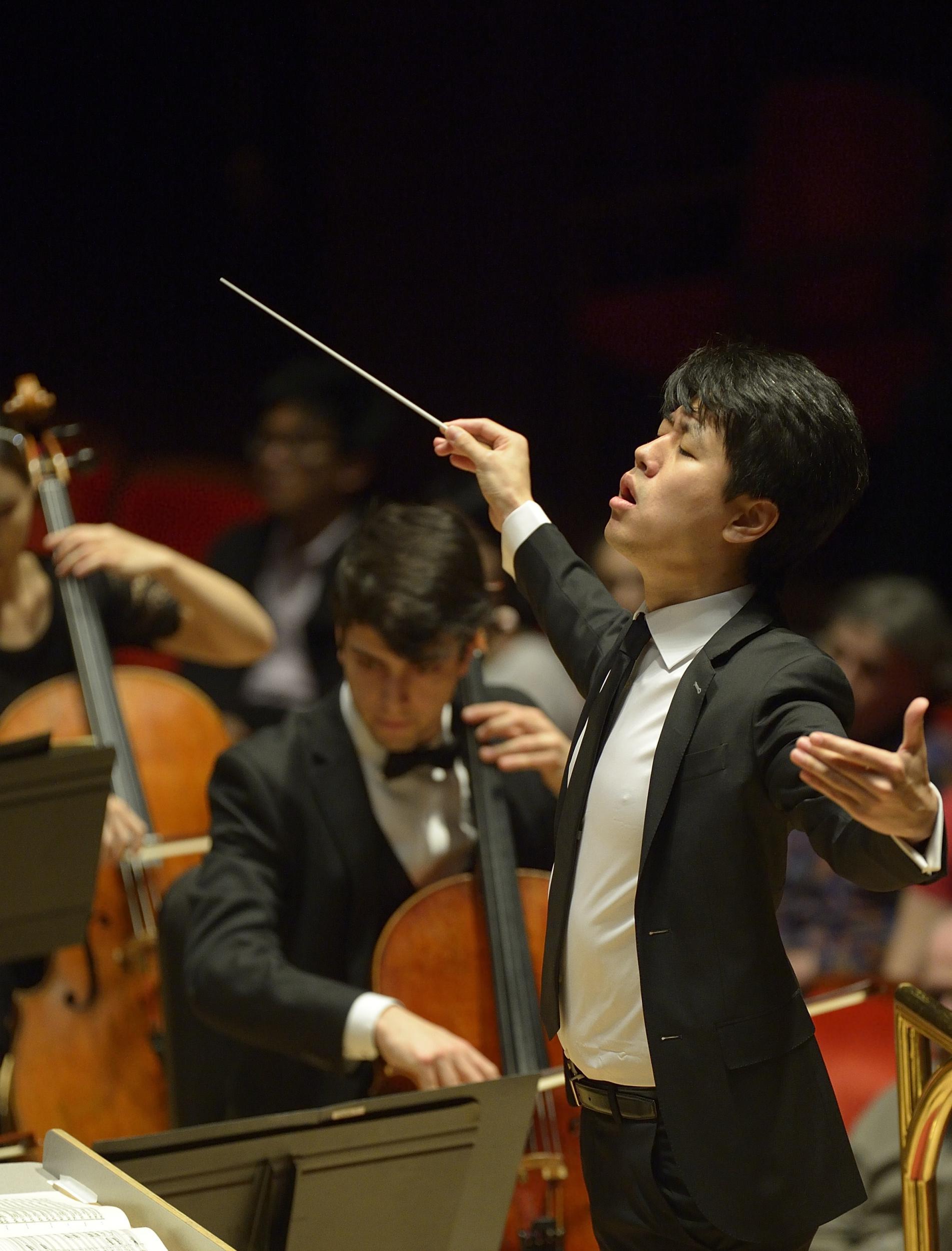