French-American conductor, born in Beirut, into a musical family. George Pehlivanian’s path in music began with piano and violin lessons at the age of three and six respectively.  In 1975, Pehilvanian and his family emigrated to Los Angeles and went on to study conducting with Pierre Boulez, Lorin Maazel and Ferdinand Leitner. He also spent two summers at the Accademia Musicale Chigiana in Siena where he was awarded the Diploma di Merito.

In 1991 Mr. Pehlivanian was crowned unanimously by the International  Jury, with the Grand Prize of the Besançon International Conducting Competition. Till today, Pehlivanian remains the First and ONLY American to receive this honor in the long history of one of the most respected and prestigious competitions in the world of conducting for the past seven decades.

Equally at home in the Operatic World as in the Symphonic, Mr. Pehlivanian has conducted leading opera companies of both Europe and the United States, including performances of CARMEN for the Long Beach Opera, California, JENUFA, BARBIERE DI SIVIGLIA, and ERNANI for the New Israeli Opera, LA TRAVIATA at the Mariinsky, St. Petersburg, TOSCA at Grand Theatre de Bordeaux and St. Etienne, the Dutch premiere of RIDERS TO THE SEA in Rotterdam, LA VOIX HUMAINE at the Cite de la Musique, Paris, OTELLO, CAVALLERIA RUSTICANA and GIANNI SCHICCHI at Teatro San Carlo di Napoli, PIQUE DAME and ANDREA CHENIER at the Teatro Lirico, Cagliari, LE DAMNATION DE FAUST at Teatro San Carlo, Napoli and Teatro Regio, Parma, the world premieres of LE JOUR DES MEURTRES by Pierre Thilloy for l’Opéra-Théâtre de Metz and SETTE STORIE PER LASCIARE IL MONDO by Marco Betta as well as a critically acclaimed new production of BORIS GODUNOV for Teatro Massimo di Palermo.

In 2011 George Pehlivanian founded the Touquet International Music Masters in France, a unique festival assembling the National Youth Orchestras of Europe. Since 2012, Maestro Pehlivanian has been a Professor at the Conservatoire National Supérieur de Musique de Paris (CNSMDP) and since 2013 has taught conducting at the Higher School of Music Education ‘Katarina Gurska’ in Madrid.

Maestro Pehlivanian was asked to become the Chief Conductor and Artistic Director of the Slovenian Philharmonic (2005-2008) and has held many Principal Guest Conductor positions with various orchestras, such as: Residentie Orkest of The Hague (1996-1999), Wiener Kammerorchester (1996-2000), Staatsphilharmonie Rheinland-Pfalz (2002-2012), Teatro Lirico di Cagliari, and the Armenian Philharmonic Orchestras.

His discography includes a double CD release on Virgin Classics/EMI with the Monte-Carlo Philharmonic, recordings for BMG with the London Philharmonic, the world premiere recording of music by Zhukov under CHANDOS with the Residentie Orchestra, works by Rodrigo with the Orquesta Nacional de España STUDIO SM, as well as Liszt’s complete works for piano and orchestra with Louis Lortie and the Residentie Orchestra for Chandos. This recording received special praise by Gramophone Magazine.

Specialist in interpreting today’s music, Maestro Pehlivanian’s latest CD release of Christian Jost music for Coviello ,was received with great enthusiasm.  Next release due under the label IBS Classical, is for Fall 2017, will be the legendary ‘Leningrad’ Symphony of Shostakovich, with one of his favorite National Young Professional Orchestras in the world, the JONDE, otherwise known as the ‘Joven Orquesta Nacional de España’ , which he has regularly conducted on European Tours for the past almost 15 years already. 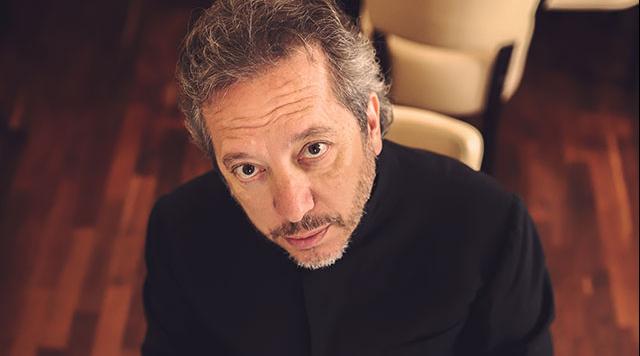