The Belgian soprano Emma Posman obtained with "greatest distinction", her Master's degree of Voice at the Royal Conservatory of Ghent, where she studied with the Belgian soprano Hendrickje Van Kerckhove. At the same time she became a member of the MM-ACADEMY of the Royal Opera House La Monnaie, Brussels, which she joined in 2017. Her particular and hybrid voice makes her feeling equally at home in more than one vocal “Fach”, switching easily from Mozart to belcanto roles but also to the lighter soprano parts from the German romantic repertoire. In no time she made herself a name, as Winner or Laureate of Vocal Competitions in Italy, San Marino, Belgium …

LOCKDOWN
Season 2020-2021 Emma Posman was to join the young ensemble of Geneva's Grand Théâtre for a couple of months. Unfortunately the pandemic had a huge impact on her contract due to the cancellation of Parsifal (1st Esquire and 1st Flowermaiden), La Traviata as Flora Bervoix and Rossini's Petite messe solennelle. Also her debut as Barbarina in a new production of Nozze di Figaro at the Aaltotheater Essen and her participation in the revival of The magic Flute as Queen of the night at the Gärtnerplatztheater were cancelled.

ALWAYS MOZART
To start with more Mozart during the current season 2021-22. The Queen of the night at the opera house of Kiel (house debut) ; a Christmas Special with Mozart arias together with the Belgian national Orchestra ; a tailor-made fairy tale production based upon highlights of Mozart's Magic Flute meant for the youngest opera lovers of the Royal Opera House La Monnaie ; and last but not least her participation at the Flemisch Opera (house debut) in the revival of the legendary production by Rosas "Un moto di Gioia". A choreography by Anne Teresa De Keersmaeker, inspired by several Mozart's concert arias. Moreover, the artist will participate in Suor Angelica in the new production of Puccini's Trittico at La Monnaie.

EXPLORING THE REPERTOIRE
Emma Posman has a soft spot for comtemporary music. During the season 2019/2020, she participated in the world premiere of Brice Pauset's Châtiments (after Kafka). A commission of the Opera house of Dijon in which Emma Posman sang the roles of Frieda and Grete. She also participated in the world premiere of Flandria a work for music theatre by the Belgian composer Benjamien Lycke (a commission by the LOD-company, in co-production with NTGent, Victoria Deluxe, Kunstencentrum Vooruit (both based in Ghent) and Bozar Brussels). Last but not least, she premiered the Cantata "Songs of Innocence" for choir, harp and solo soprano by the Belgian composer Lucien Posman.

FRONT PAGE NEWS
Summer 2018, Emma Posman just 23, was Front Page News when, as a member of the Young Singers Project 2018 singing in the shortened youth version of the Magic flute, she is all of a sudden asked to replace on the spot the Queen of the Night on stage ! - in the Festival's main production of Zauberflöte. Meanwhile she has been invited to sing the mythic role of the Queen of the Night at the Komische Oper Berlin (Sept. 2018), the Gärtnerplatz Theater Munich, the Aalto Theater Essen (Germany) and the Opera house of Hanover. 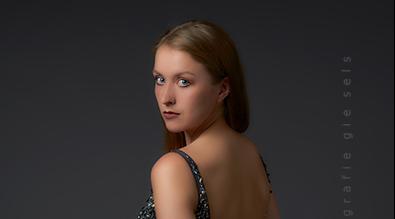