Born in Lvov, Poland, Emanuel Ax moved to Winnipeg, Canada, with his family when he was a young boy. His studies at
the Juilliard School were supported by the sponsorship of the Epstein Scholarship Program of the Boys Clubs of America,
and he subsequently won the Young Concert Artists Award. Additionally, he attended Columbia University, where he
majored in French. Emanuel captured public attention in 1974 when he won the first Arthur Rubinstein International Piano
Competition in Tel Aviv and in 1979 he won the coveted Avery Fisher Prize in New York.

This season Emanuel joins the Wiener Philharmoniker and long-time collaborative partner Bernard Haitink at the Salzburg,
BBC Proms and Lucerne Festivals, as well as the London Symphony Orchestra and Sir Simon Rattle on an extensive tour of China and Hong Kong, and joining the Rotterdam Philharmonic at home in the Netherlands and on tour to the United
States. He also returns to the Frankfurt Radio Symphony Orchestra, Chamber Orchestra of Europe, Deutsches
Symphonie-Orchester Berlin, Accademia Nazionale di Santa Cecilia and Tonhalle Zurich, playing concertos by Brahms,
Mozart and Chopin. During Summer 2020 Emanuel will also join the Staatskapelle Dresden on tour in the Mediterranean
with Myung-Whun Chung. He also performs extensively in North America, including three concerts with regular partners
Leonidas Kavakos and Yo-Yo Ma at Carnegie Hall in March 2020. Further participation in Carnegie Hall’s celebration of
Beethoven’s 250th birthday will culminate in a solo recital in May preceded by recitals in Madison, Santa Barbara, Orange
County, Washington, Las Vegas and Colorado Springs. With orchestra he can be heard in Houston, Baltimore, Atlanta,
San Diego, San Francisco, Los Angeles, New York, Montreal, Philadelphia, Cincinnati and Indianapolis.

Always a committed exponent of contemporary composers, with works written for him by John Adams, Christopher Rouse, Krzysztof Penderecki, Bright Sheng, and Melinda Wagner already in his repertoire, most recently he has added HK Gruber's Piano Concerto and Samuel Adams' Impromptus.

A Sony Classical exclusive recording artist since 1987, recent releases include Brahms Trios with Yo-Yo Ma and Leonidas
Kavakos, Strauss' Enoch Arden narrated by Patrick Stewart, and discs of two-piano music by Brahms and Rachmaninoff
with Yefim Bronfman. In 2015 Deutche Grammophon released a duo recording with Itzhak Perlman of Sonatas by Fauré
and Strauss, which the two artists presented on tour during the 2015/2016 season. Emanuel has received GRAMMY®
Awards for the second and third volumes of his cycle of Haydn's piano sonatas. He has also made a series of Grammywinning recordings with Yo-Yo Ma of the Beethoven and Brahms sonatas for cello and piano. His other recordings include the concertos of Liszt and Schoenberg, three solo Brahms albums, an album of tangos by Astor Piazzolla, and the
premiere recording of John Adams's Century Rolls with the Cleveland Orchestra for Nonesuch. In the 2004/05 season
Emanuel also contributed to an International EMMY® Award-Winning BBC documentary commemorating the Holocaust
that aired on the 60th anniversary of the liberation of Auschwitz.

Emanuel lives in New York with his wife, the pianist Yoko Nozaki, and they have two children, Joseph and Sarah. He is a
Fellow of the American Academy of Arts and Sciences and holds honorary Doctorates of music from Yale and Columbia
Universities. 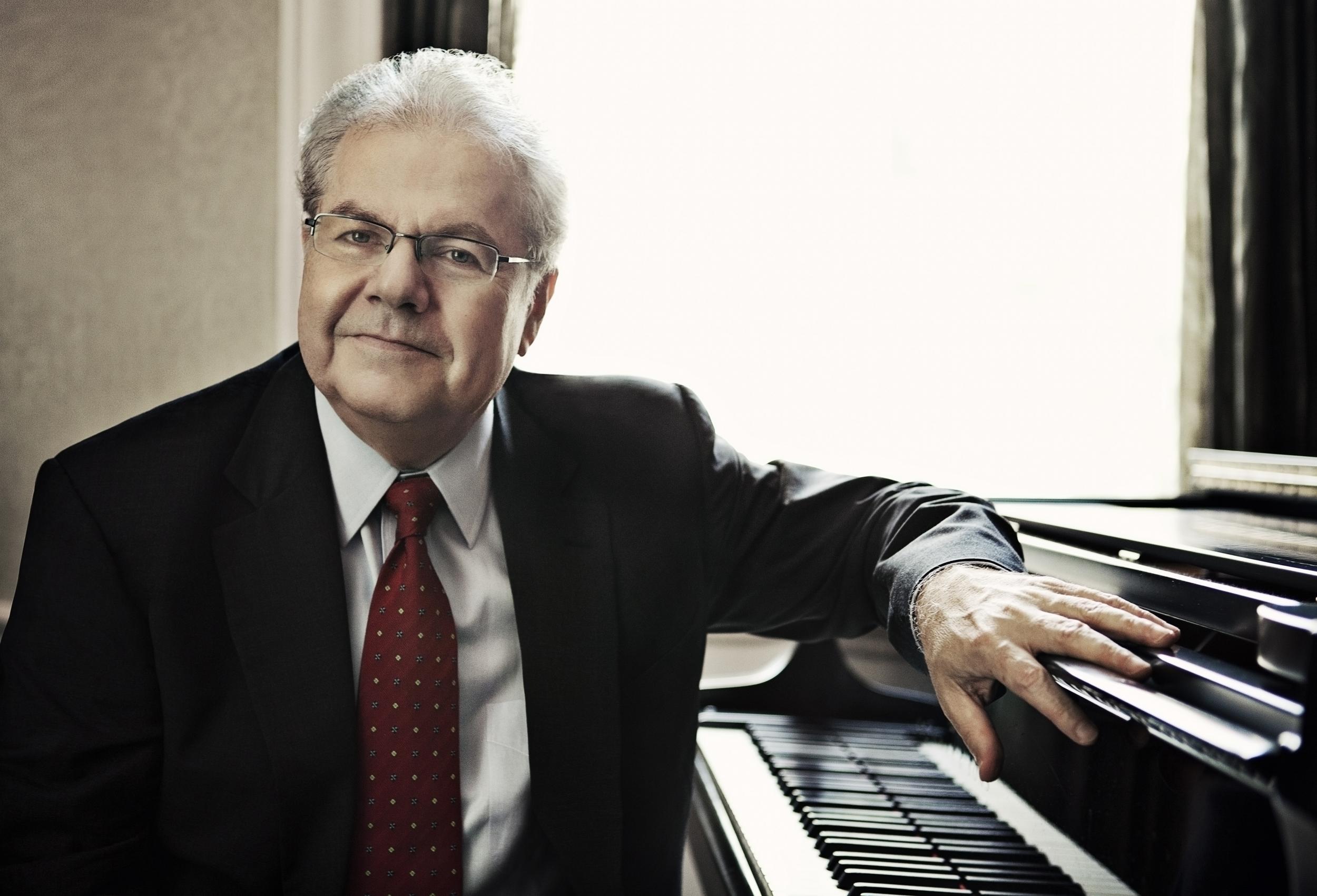